CUBE PROJECT is a project that attempts to translate information obtained from public spaces into an art that merge into society. As the Internet has become an indispensable medium today, our environment itself is becoming to be conceived as a medium. Now that media and art as well as technology is beginning to develop essential position not only in museums and galleries but in our society, there is a strong need to seek a concrete answer to what role they should play in a society.

CUBE is composed of “CUBE sensors” and “CUBE servers.” A CUBE sensor literally is shaped in a cube box that can be directly connected to the Internet. Combined with different sensors, it senses and delivers numerous information such as sound, brightness, and traffic of people, obtained from its surroundings to CUBE server. CUBE provides us with a simple and easy access to real-time information of surroundings in a variety of forms; the unit can be installed anywhere, and can be completed just by connecting it to the Internet. When a CUBE server receives data from the sensors, it translates the data into XML which then can be applied in applications such as the Web and spatial installations. Users then are free to visualize the information provided in various ways according to the artwork or event in which CUBE is applied.

Starting with Tokyo Designers Block in 2004, h.o has been producing a number of projects using CUBE as its core system in various domains in public spaces, leading to an installation on the campus of a university in 2006. Its initial engagement in Tokyo Designers Block 2004 (TDB) as an event-ware started as a solution to overcome a difficulty TDB had at the time, which was to have an overall view of the event since its numerous exhibition sites were widely spread in the city of Tokyo. After a number of discussions with its organizers, h.o suggested a system using CUBE that would enable to visualize the excitement of the event. During the event, CUBE was installed in 15 exhibition sites, each sensing the real-time traffic of people going in and out of the sites. Data was visualized and shown through a synchronized website.

CUBE was also applied in projects as campus-wares at universities starting from 2006. At Rikkyo University in Saitama, Japan, CUBE was used to create an automatic almanac of the campus by portraying on the Web the scenery of the campus at live as well as on daily to yearly basis. The CUBE sensors placed at entrances of campus facilities continuously catch and deliver their surrounding information to a CUBE server, which then record the data and translates them into a visible form on a website. By presenting a live scenery of the campus on a website open not only within the university but to the public, the project proposed an approach to a reformation in a university, which is prone to be a closed environment.

The campus is graphically revived in illustration on the website; brightness, sound pressure, traffic of people going in and out of thefacilities as well as the weather on campus are shown at live in illustration. At the same time, the website automatically collects and shows weblog entries that consist the word “Rikkyo University” by searching daily through the Internet in the world, thus allowing to depict external perception of the university from the society as well as the university’s contribution to the society. The project consequently suggests an approach to change awareness of a university by realizing a medium that functions as internal and external views.

As the project creates an automatic graphic almanac of the campus on the website, it has also realized an installation in the cafeteria on the campus that allows physical experience of the almanac. By using the same data used in the website and graphically projecting on miniature model of the campus placed at the cafeteria, participants interactively experience the liveliness of the campus as well as obtaining information of ongoing lectures in each facility.

Media art has developed as a field where art and research merge. Today and on, media art is expected to advance not only with art and research but by adopting new fields. CUBE is a project that seeks a field where art, research, and society meet. Since this new field is intended to be particularly social and public, its relation with people is a fundamental factor; thus the field should become a pioneer to consult over new matters and potential which informational technology may convey to mankind. CUBE is a media-technology that enables a hybrid model inthe field as well as a project that seeks and proposes to the society how an informational environment is ought to be in the next generation. 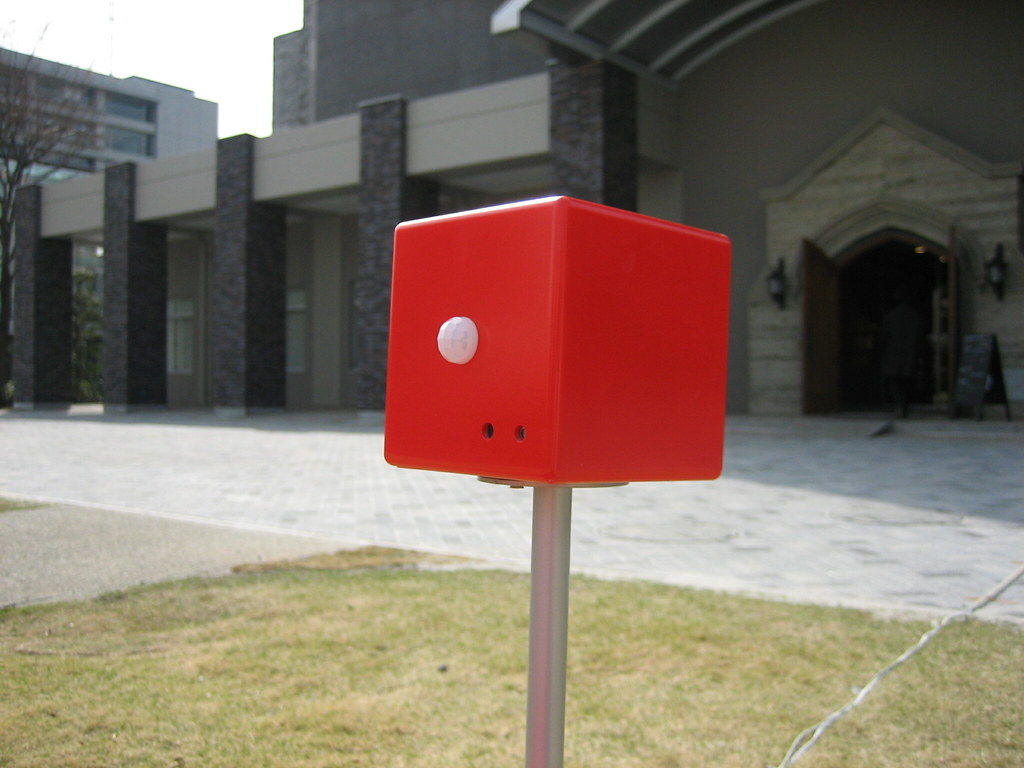 Special Thanks to: Noriaki Ando(AIST)