When we are deep in information, our consciousness escapes our body. Information windows, such as smart phones, tablets, computer displays, and televisions, become gates where our ghosts embark on their journeys.
GHOSTHOUSE is an installation where the ghosts of our consciousness gather.
After installing an app named GhostApp on your smartphone, the use of your device is reflected in the installation.
The installation consists of robotic devices designed with an eye motif. When a remote user starts to interact with his or her smartphone, one of the robotic eyes in the installation will open and begin to look around the room. When remote interaction is complete, the robotic eye will close.
A smartphone attracts our “consciousness” while the body is left behind. Driven by information media, the innocuous “I” watches the physical body at a distance. How do we accept this gap?
(Currently, the android version of GhostApp is available on Google Play) 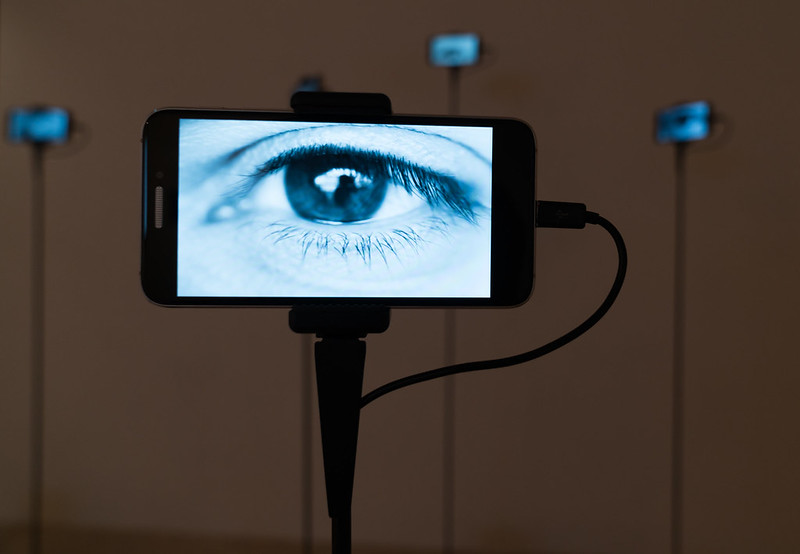