The goal of this project is to create a new framework and applications that allow users to browse and retrieve information based on physical interaction with objects in the real world. We propose a system named “MOI” to record, extract and visualize users’ conscious and unconscious encounters with objects in cities. We assume that objects have unique IDs using RFID technologies. When a user encounters objects, MOI system records their IDs. Furthermore, the system later visualizes the user’s encounters on a PC or public displays.

We assume that all objects have unique IDs using RFID technologies to achieve the concept of MOI. “MOI mark” is attached to an object for object naming. An object with “MOI mark” explicitly shows that an RFID tag is embedded and the object is used for MOI

MOI doesn’t bother users with complicated operations as seen in some other mobile tools. In cities, MOI recorder is used just taking a small interface.
MOI visualizer later visualizes the user’s encounters on a PC at home. In retrieving information on the web, it is general for people to search information based on text and keywords through search engines such as Yahoo and Google. On the other hand, MOI system provides another ways to acquire information by using physical encounters with objects in cities consciously and unconsciously. In the future information environments, we assume that every object has a unique ID. We aim to create a new framework for retrieving information in that situation.

MOI recorder” is designed as two pieces style to enhance its usability. One(MOI recorder) just has an RFID tag reader and a wireless adapter to sense objects, and sends object ids and timestamp to the other(uCore) which receives the data and stores them on its storage. 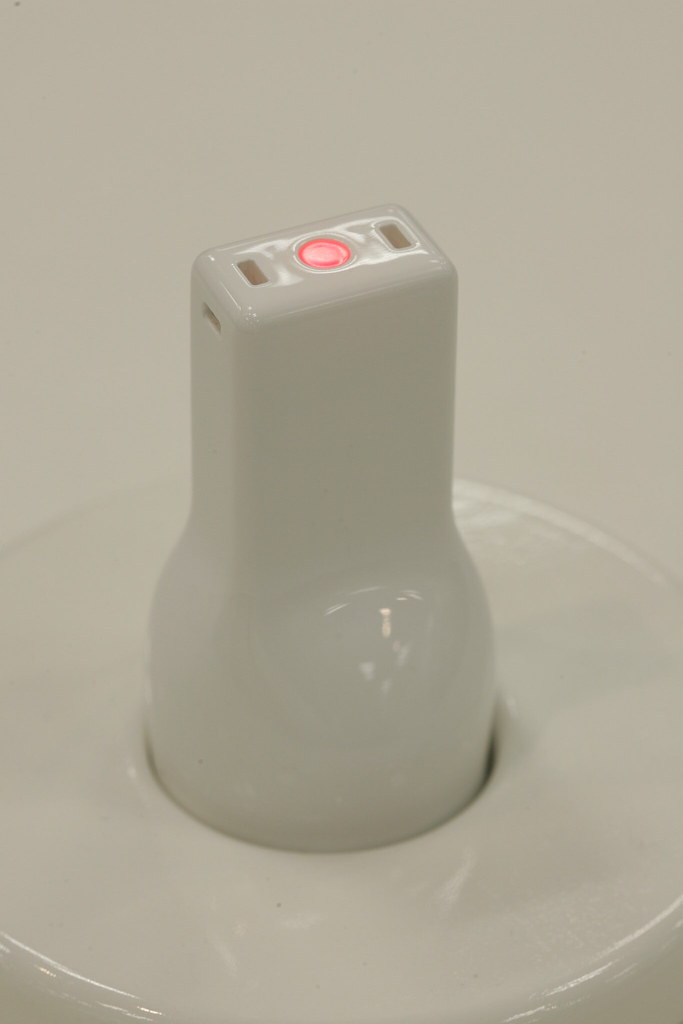