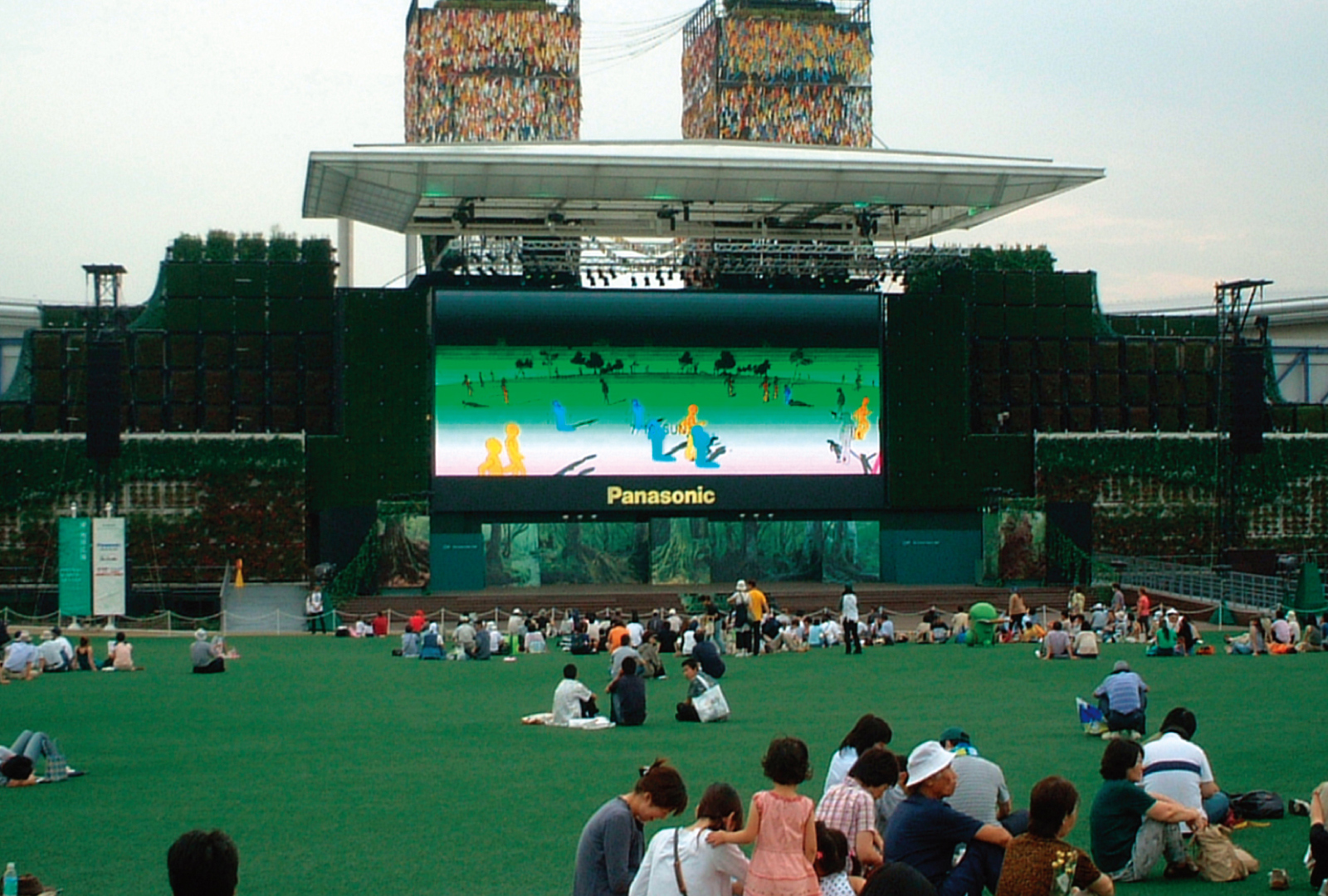 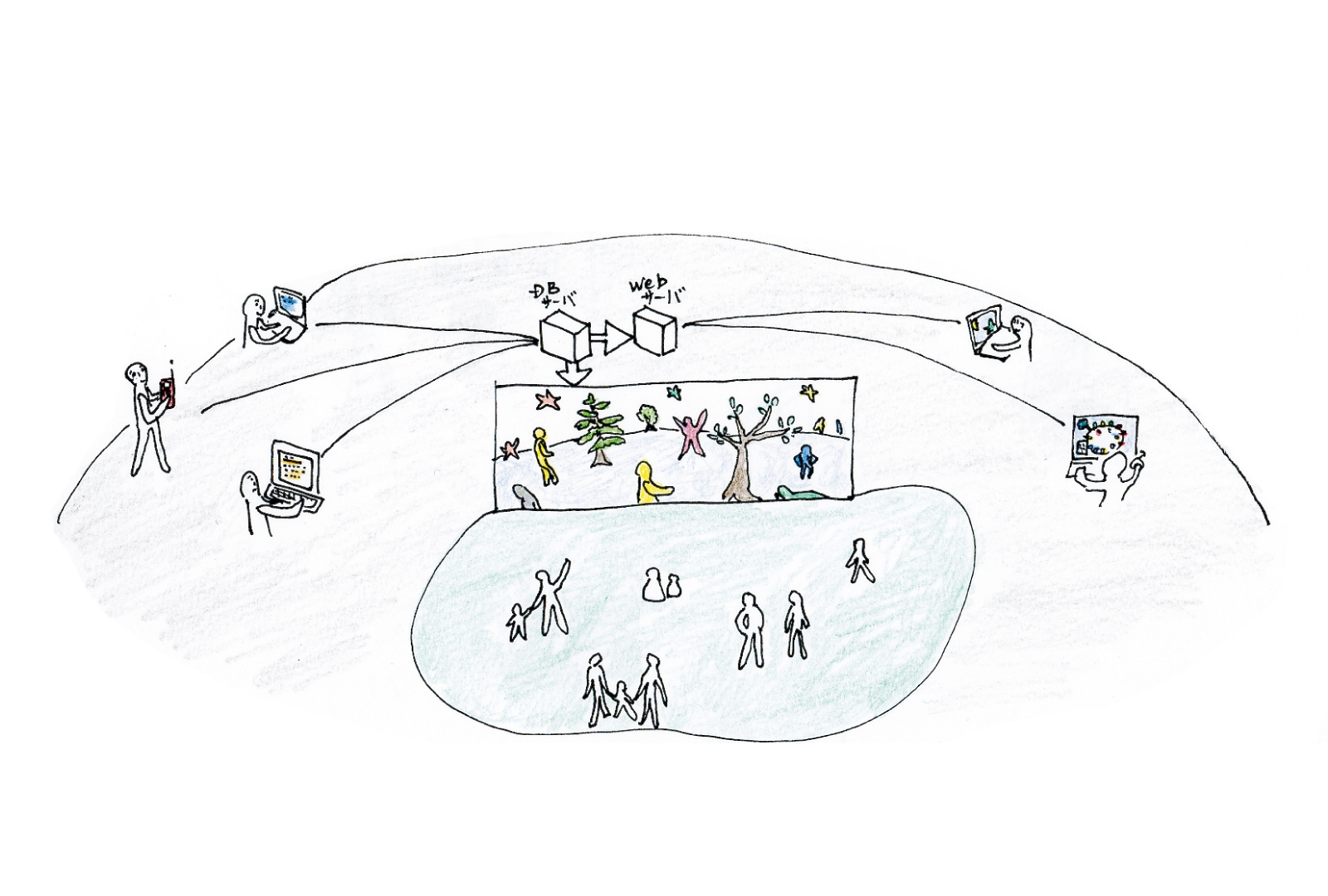 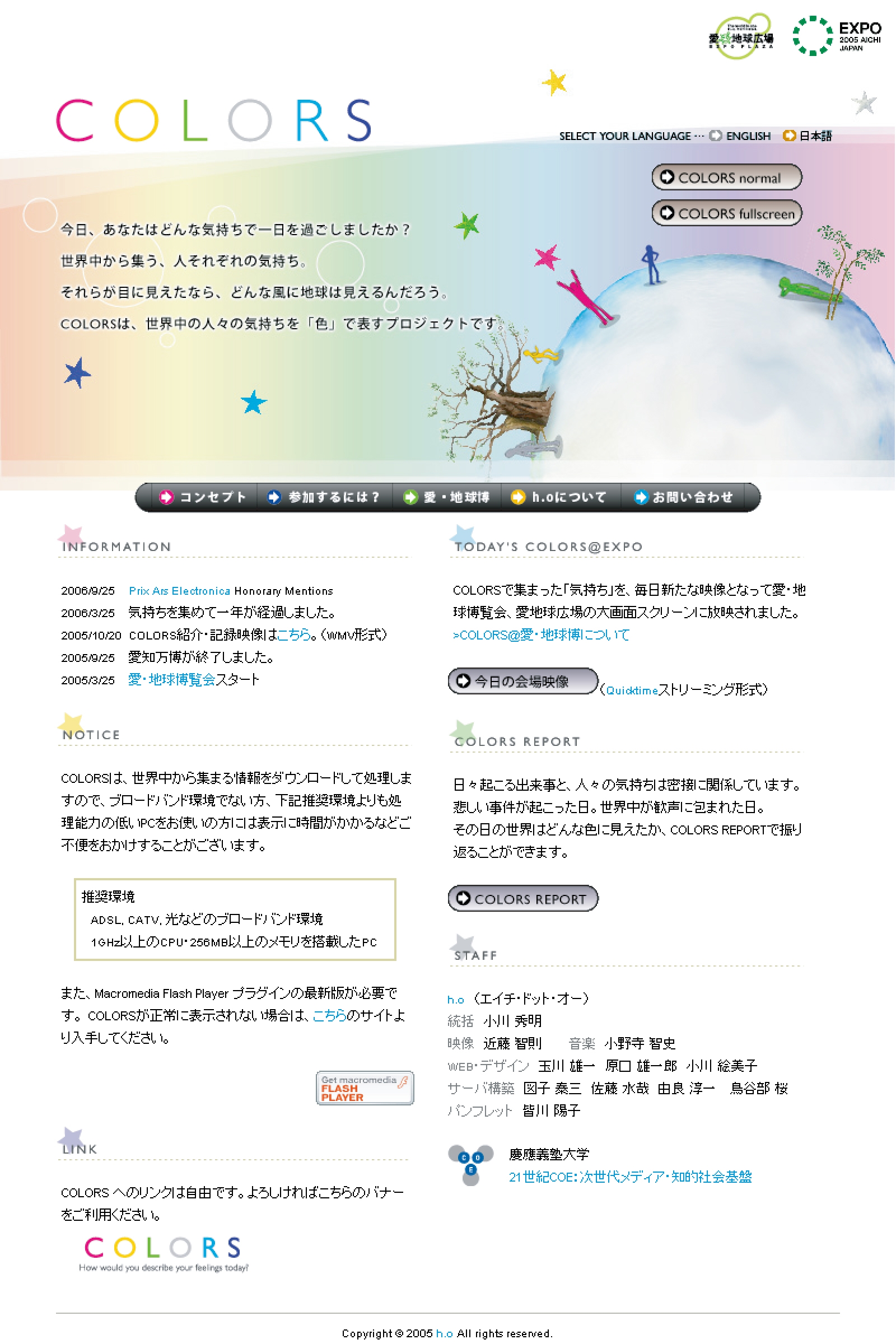 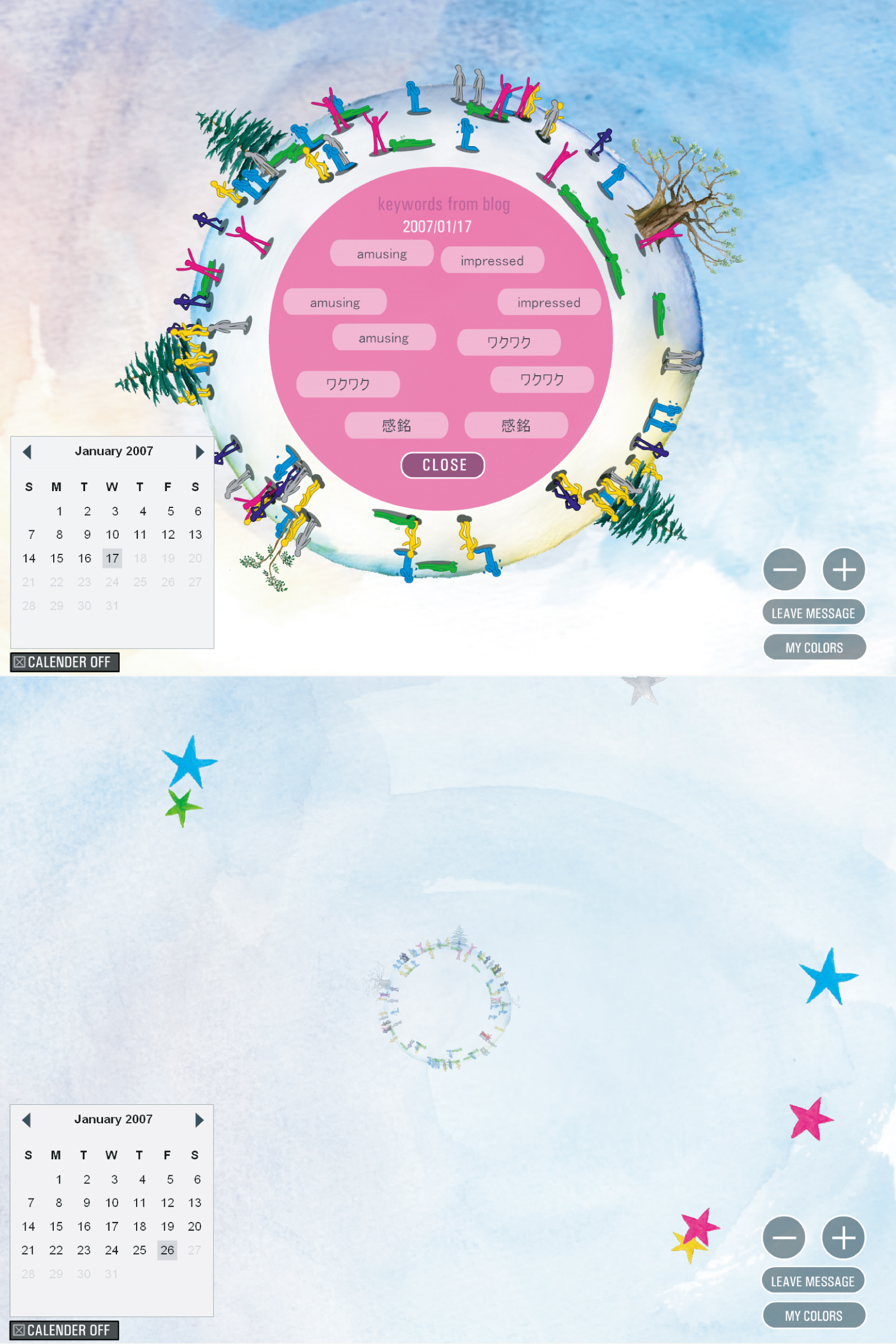 
COLORS Project is a project on the Web that records and visualizes feelings of people from all over the world. The project is constructed by a system that automatically collects vocabularies that indicate feelings from numerous weblogs using a robotic engine that searches through blogs in the world every ten minutes. The feelings are sorted in six categories: impressed, happy, peaceful, anxious, sad and angry. The words are recorded on a database with the address of the blogs in which the words were found. The amount of blogs that are scanned sums up to a number as close as half a million every day.

The database is then visualized through the Website. It is designed like a picture book, and has an image of the universe and earth within. The icons that are shaped as human figures in six colors appear on earth everyday, symbolizing the six categories of feelings of the day; 24 hours later, each “person” is transformed into a “star” and rises up in to the universe. The universe consequently is constructed from a record of feelings from the past. All icons, stars and human figures, are clickable to show the words and links to the original blogs that were captured. The database is also used to show a balance of the six colors/feelings on a graph on a daily and yearly basis. Moreover, COLORS Project also includes a system that automatically edits the database into a digest and creates a movie.

What can be shown from COLORS Project? It may seem a mere collection of everyday activities of nameless individuals. However, we believe that, as small and meaningless as it may appear, the approach, which focuses on the lives of individuals, will turn out to be a significant factor in the informational media technology. COLORS Project is a recording device created to share such a perspective at the ultimate scale: mankind. 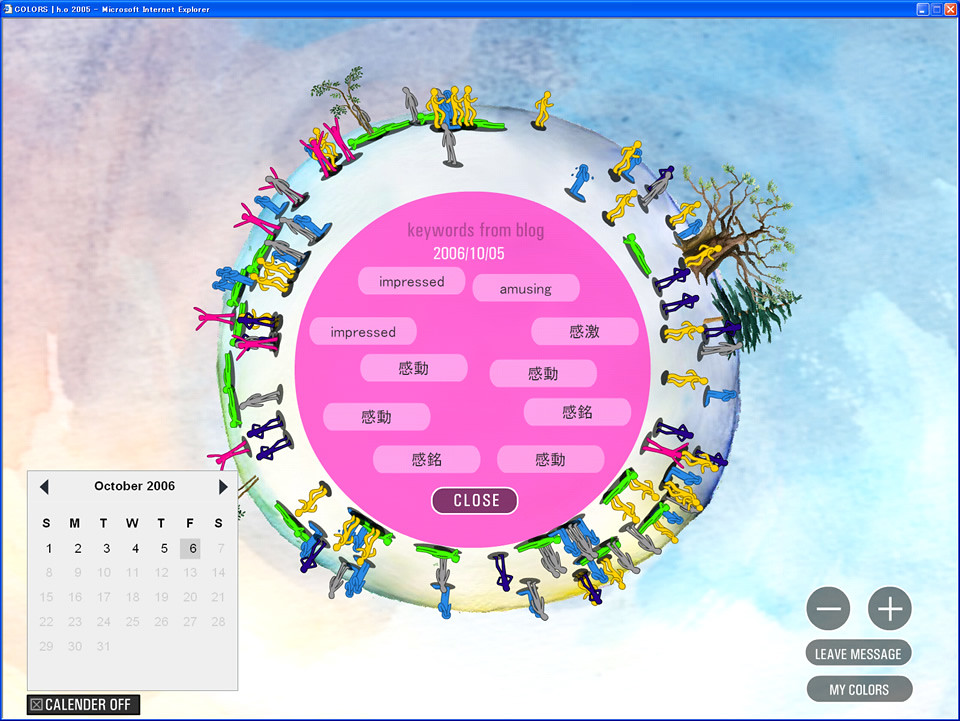