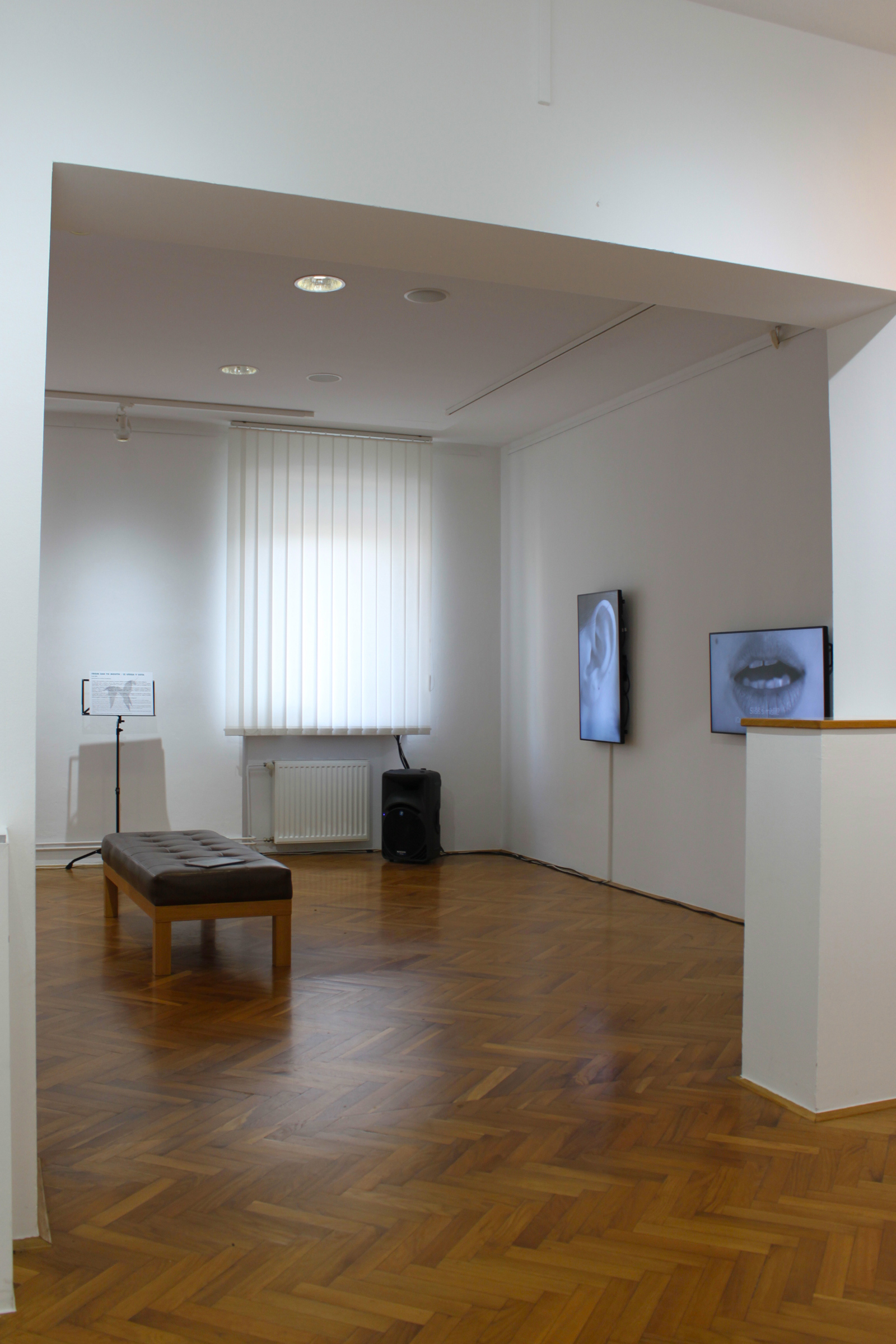 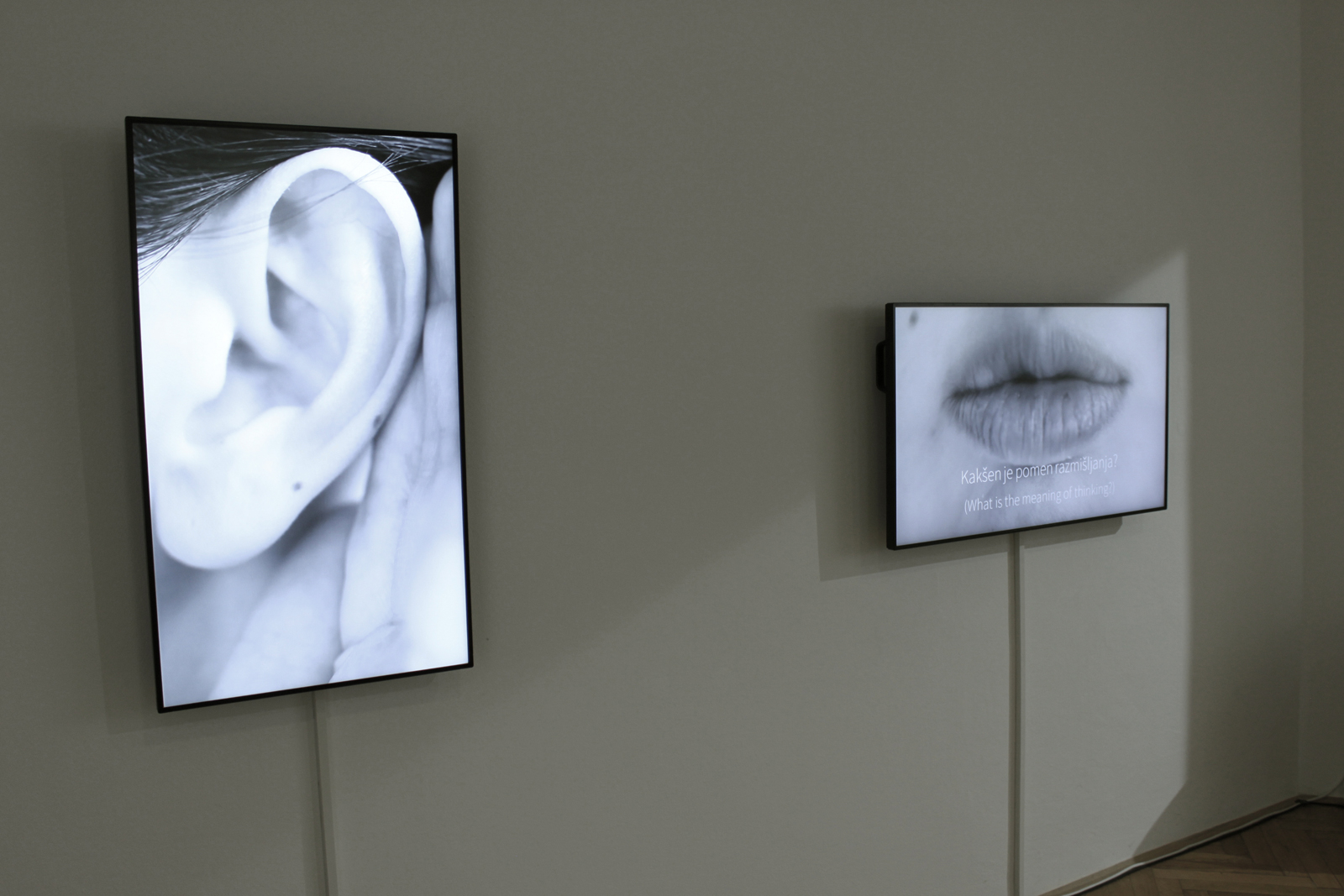 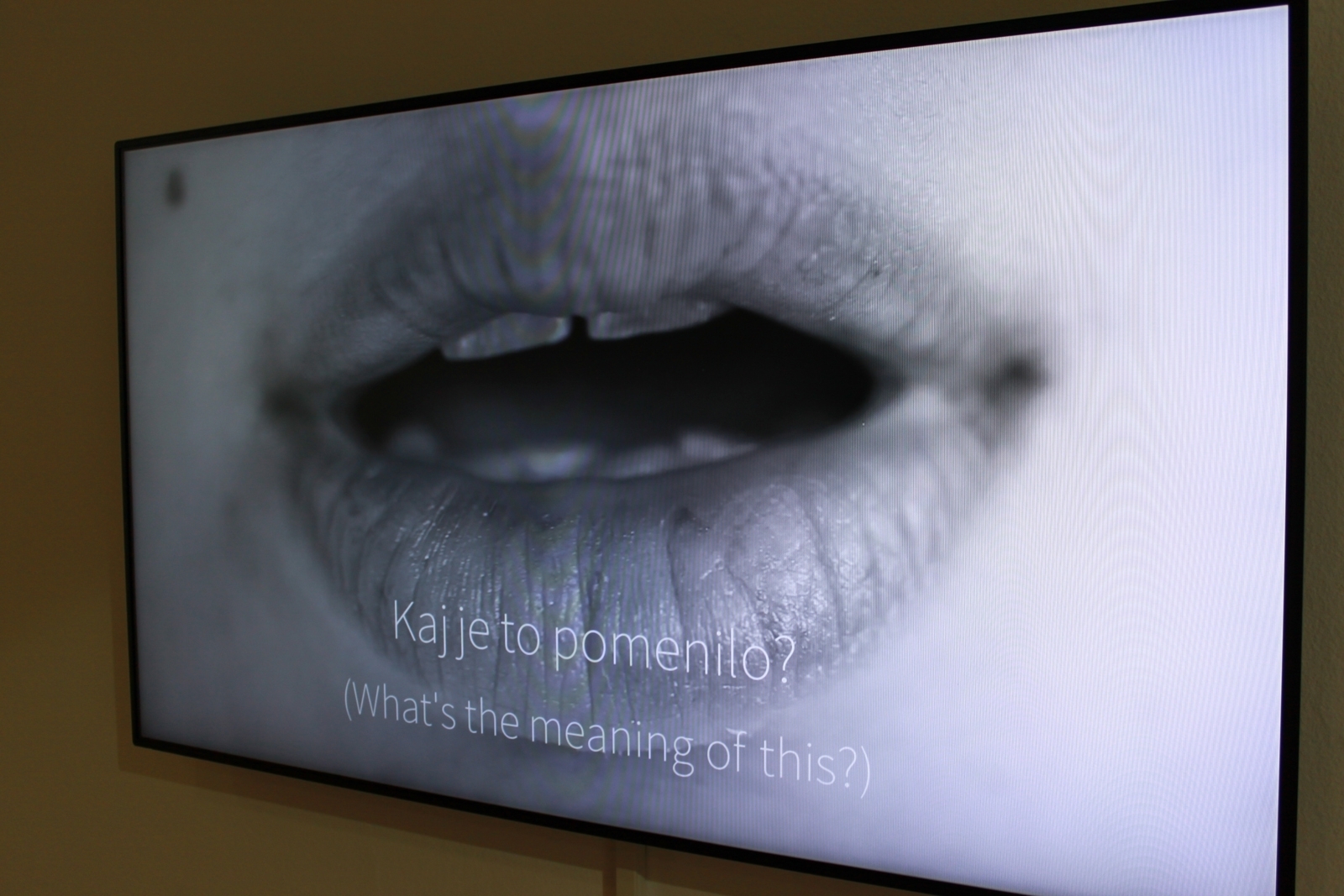 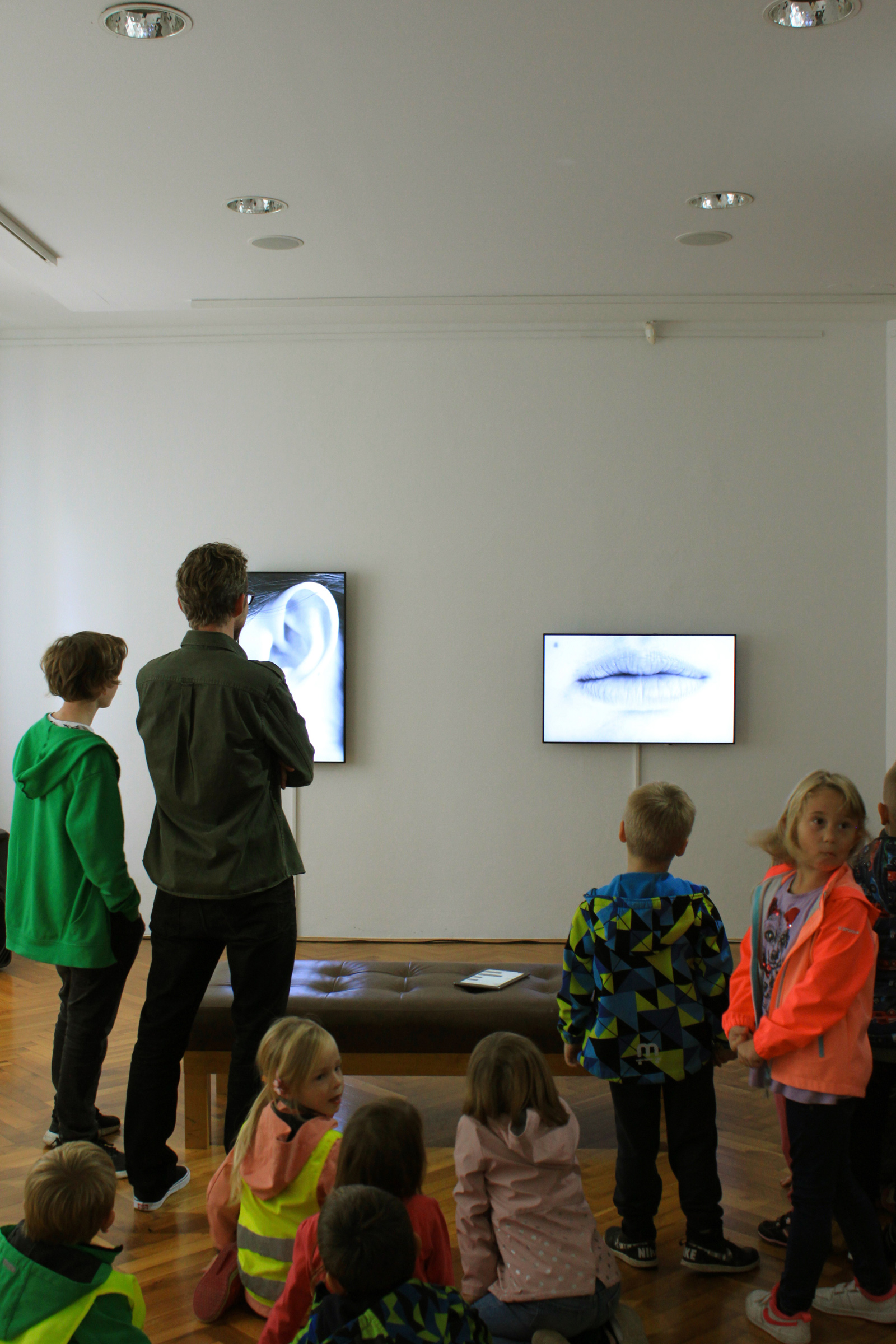 FROM EAR TO MOUTH

From Ear to Mouth is a generative sound installation for reflecting on the meaning of “thinking” together with an artificial intelligence.

When the audience enters the installation, they will find two large screens hanging on opposite sides of the room.

On one screen plays a movie of an ear, while across the room the other shows a movie of a mouth.
Never played simultaneously, the movies alternate between ear and mouth. The ear is opening to the audience and the mouth is composing poems.

When the ear gestures to the audience that it is listening, the audience must respond to a question, generated by the artificial intelligence, about thinking.

And after receiving the audience’s answer, the artificial intelligence will begin to sing a song; a new question on thinking based on the audience’s response.
Participating in this endless loop of questioning, humans and AI can create a music with no definitive answer.

In this installation, we will not encounter a conventional AI that is created to answer our questions.
Instead, we meet a new intelligence which creates such questions, and in turn become new ourselves while trying to answer these questions.

In the 21st century, coexisting with artificial intelligence, what becomes of thinking for humans? 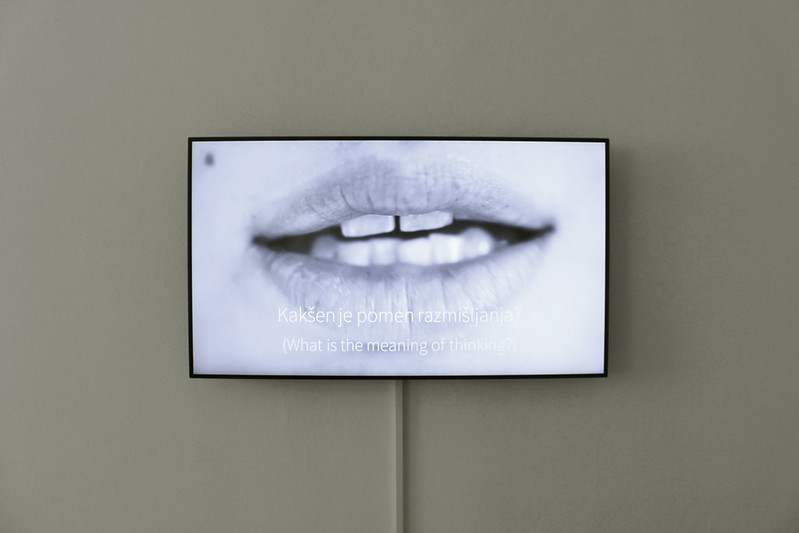