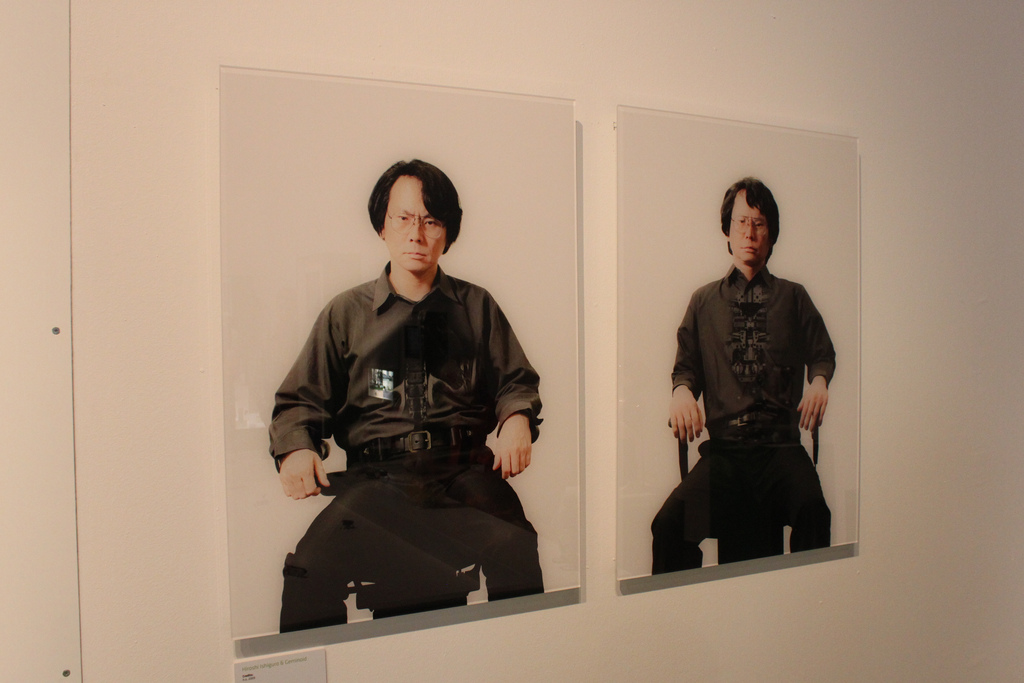 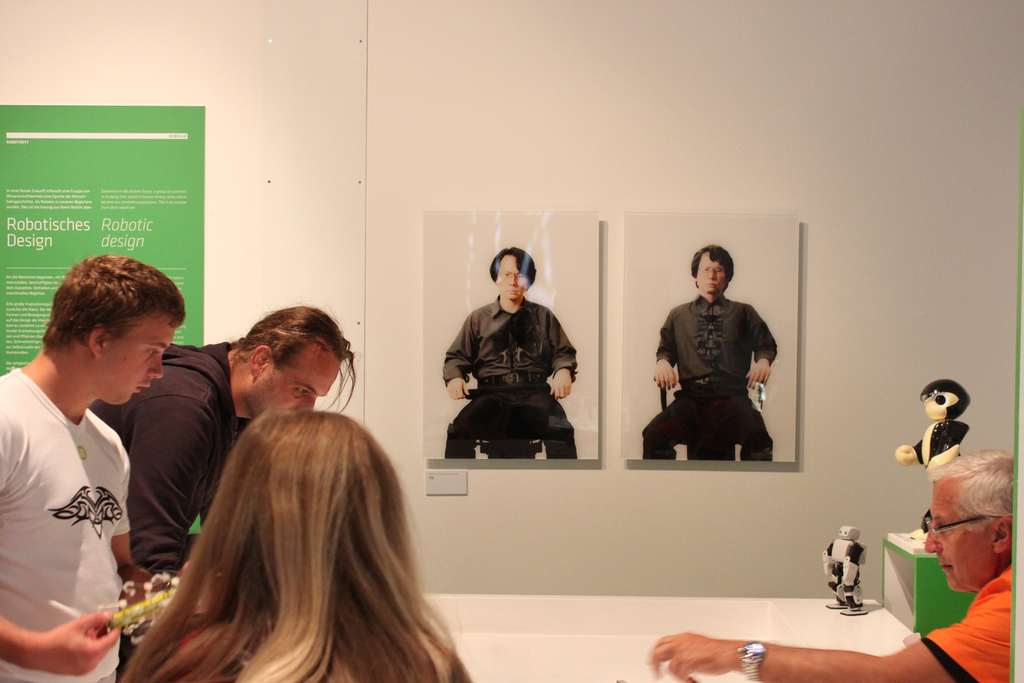 Ishiguro & Geminoid June, 2009 is a work consisted of two photographs of human Prof. Ishiguro and copied humanoid Geminoid-H1. We made photo collages to show both outside and inside. The photo collage of the real Prof. Ishiguro was made by combining MRI images of him and a portrait photograph taken in June 2009. Another photo collage shows both the inside of the humanoid and appearance taken in June 2009. One is human another one is robot. This piece asks a an essential question for “What is humanity?” . 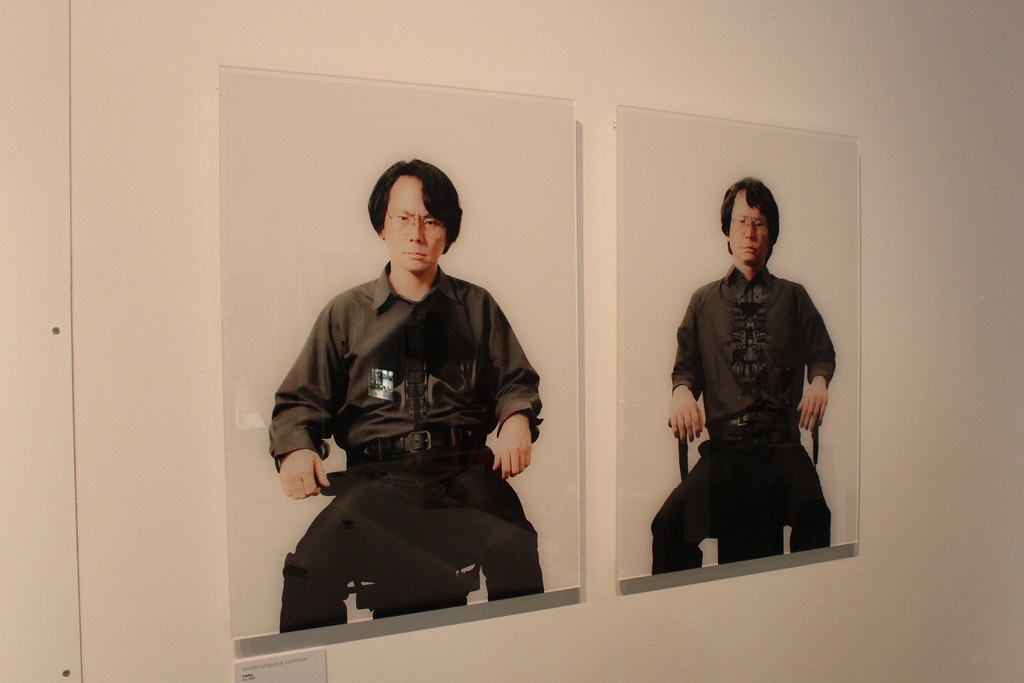