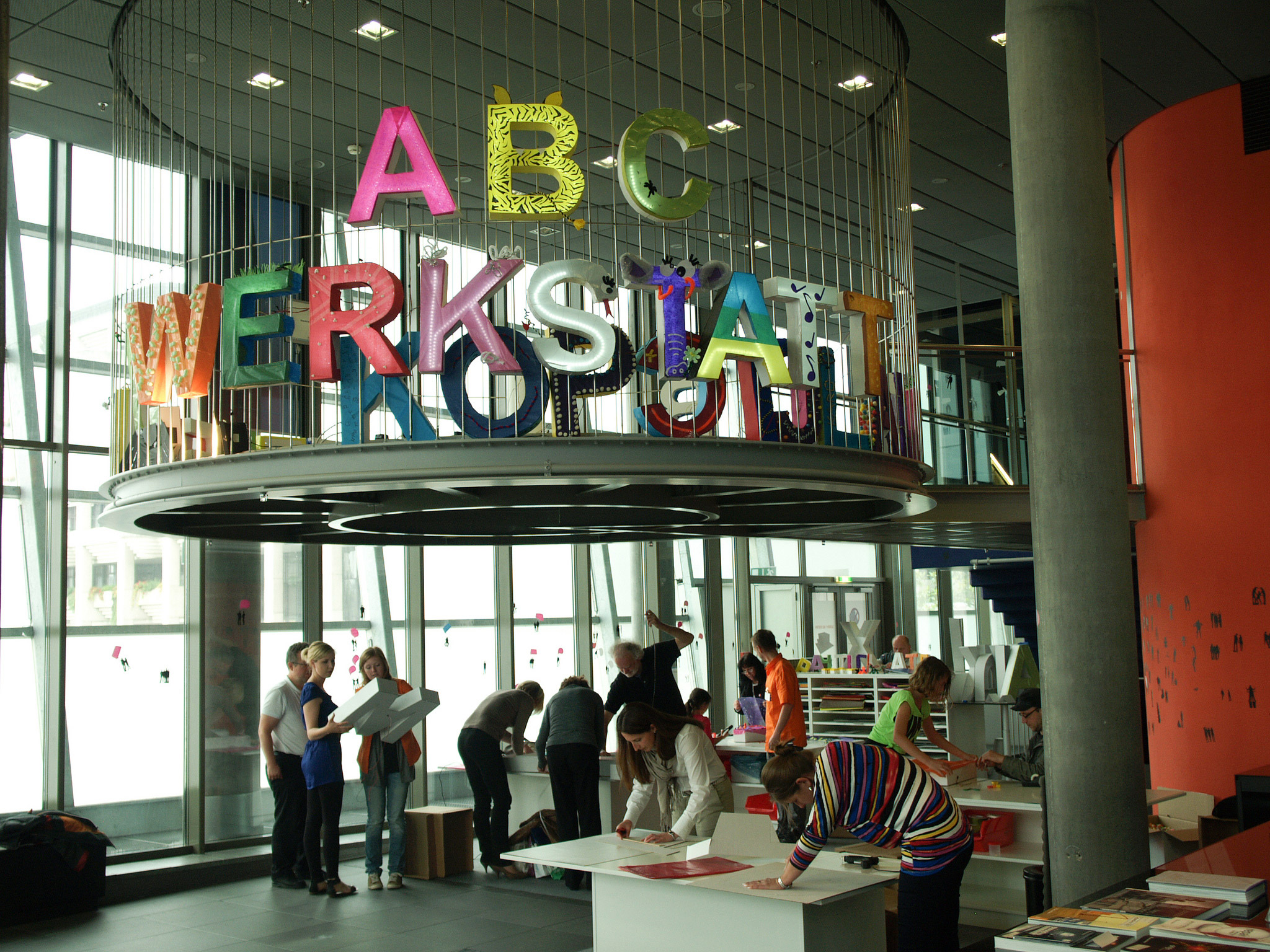 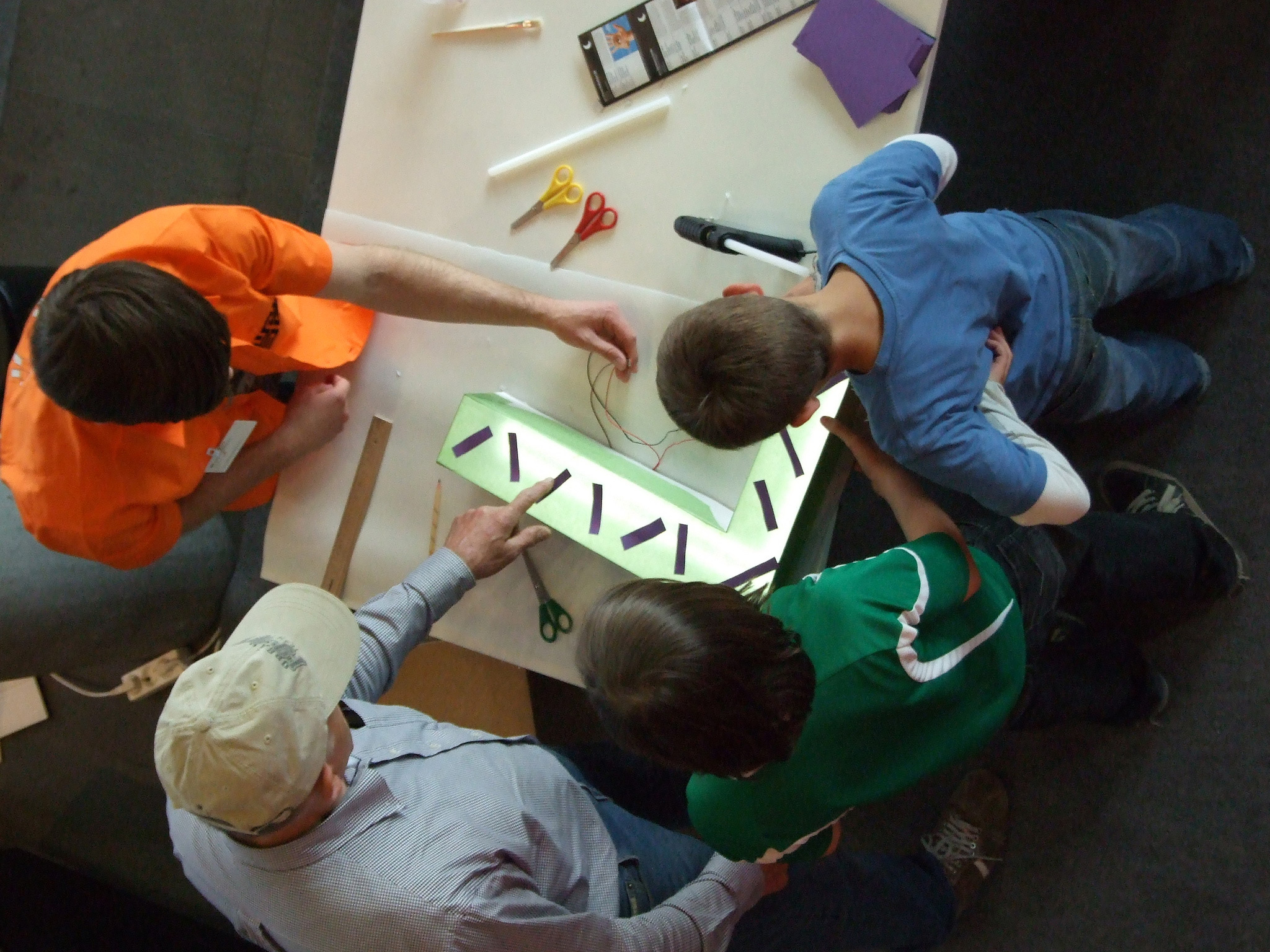 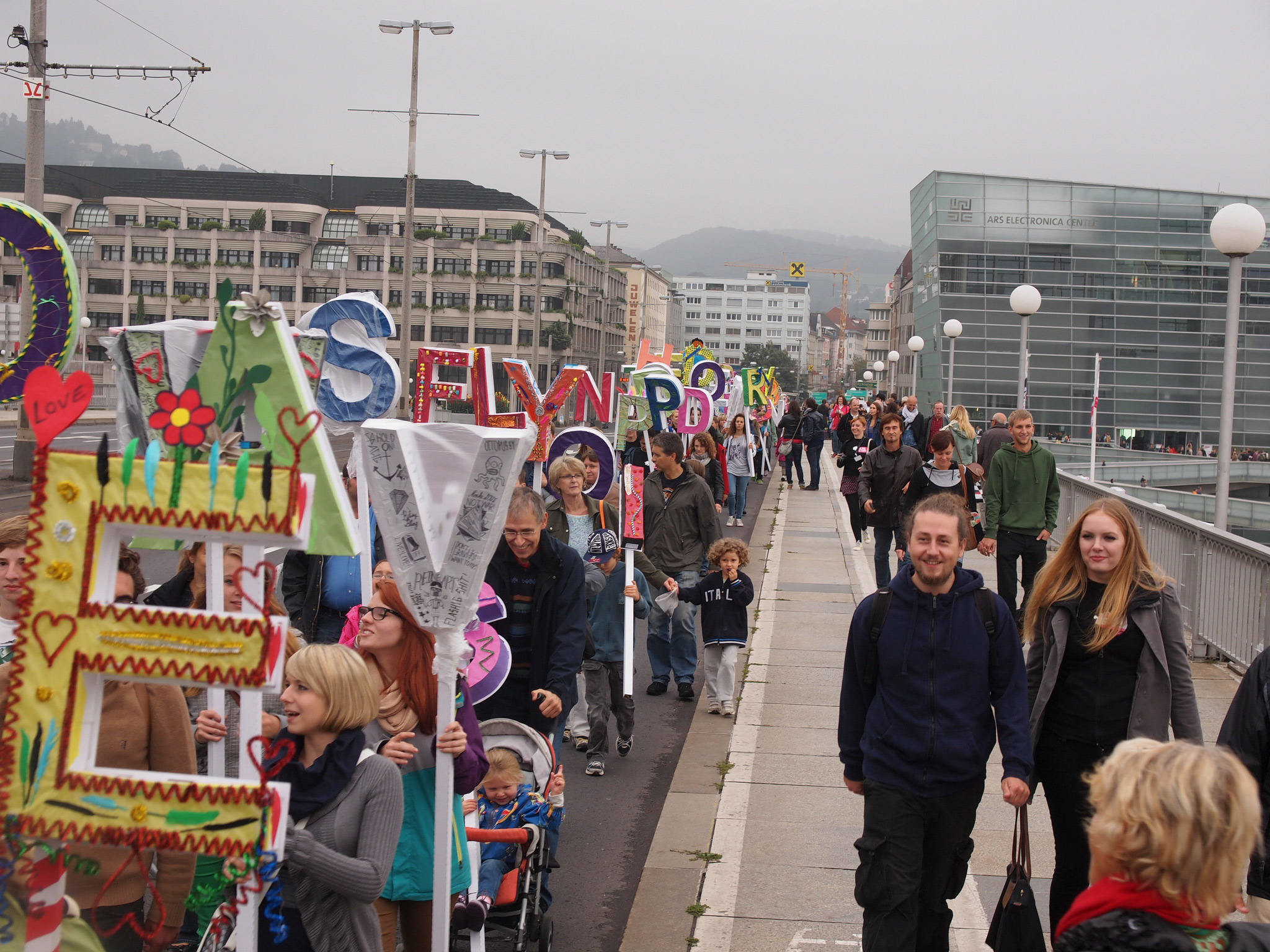 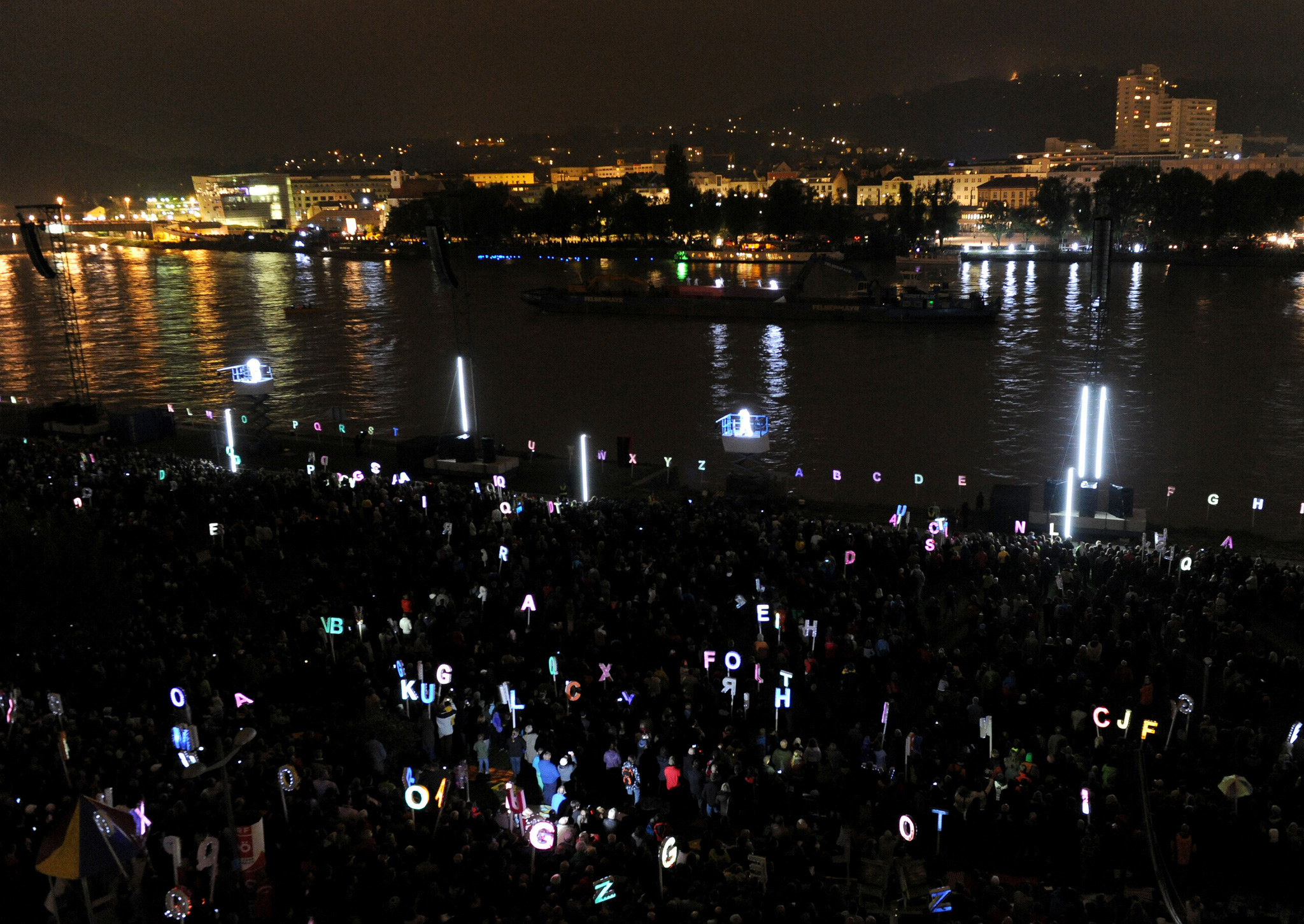 h.o participated in this project conducted by Ars Electronica.

In 1979, the history of Ars Electronica was initiated. It was also the time of the very first Klangwolke. At this groundbreaking event, the citizens of Linz tuned in to the same radio channel, and all of Linz was covered with a carpet of sound. One huge soundscape was created through this participatory process.

Today, in 2012, information technology allows information to circulate freely, while social media enable people to connect to each other in new forms that are not defined through any traditional framework. On the one hand, they serve as triggers to stage demonstrations against anachronistic ideas and politics; on the other hand, global disasters such as the Fukushima nuclear accident seem like a warning to today’s technology-based society. All these developments and events related to information, governance and media inspire basic questions about the very nature of the individual in modern society: What is the individual? What is a nation? What is information?

Considering this idea of audience participation in the context of social media, the Klangwolken ABC was initiated as a social participation project, focusing on “character” in the age of networks, constituting one of the core programs at the voestalpine Klangwolke 2012. People create their own characters to interact with radio frequencies at the event – a huge galaxy of characters meeting at the Danube shoreline.

In Klangwolken ABC workshops, people construct their own alphabet characters and add a receiver and LED kit to link to the Klangwolken event itself. They select a character, assemble it, and personalize it in creative ways. Literally, every single person/character creates a unique character. The character created in the workshop is recorded in an image database and becomes part of the Klangwolke Font. In addition, the participants join CharakterBook, an online service which works like a micro-facebook, enabling people to browse for other characters created by other participants, to create messages, and to take social action. The individual characters created by the participants become words or messages through communicating and collaborating with each other. In the Klangwolken ABC, we collect messages as combinations of characters with characters – people with people.
(See http://www.aec.at/klangwolke/participate/soundcloud-abc/)

The characters created for the Klangwolken ABC are used to hack all kinds of text information in the media as well as in the cities themselves. All information written in dryly formatted letters can be replaced by democratic and colorful representations. A variety of information, such as the signage in the city of Linz, news information about the city, texts at the Ars Electronica Festival 2012 has been reconfigured through the Klangwolken Font.

On the day of the Klangwolken event, Klangwolken ABC Parades will take place in the city of Linz. Additionally, a multitude of characters will gather along the Danube River at sunset. Maybe a full message will be displayed, maybe only single characters will be seen – but similar to 1979, when people tuned in to the same radio frequency, a universe of characters will interact with a radio frequency at the Donaupark. Responding to sound, to radio signals for individual characters and messages in groups, the LEDs will light up. At first, it may seem like an expression of information society deluged by characters. However, suddenly strong messages will pop up in this space.

Considering the history of characters, Shizuka Shirakawa, who wrote Kanji (Chinese character in Japanese), said: “Kanji is an ideogram; its shape tells us the concept and way of life of people of the era when Chinese characters were established. Each single character, while still keeping the primal form, seems to want to talk well with its own identity. (Shizuka Shirakawa: “Kanji” Iwanami Shinsho (1970))
A character was a magic container to contain the culture and the story of the world.

The alphabet seems to have an innate intention for democracy. In an alphabet, the individual letter hardly makes sense. Only when it “meets” other alphabet characters, new meaning is created. A character is always looking for other characters. It can’t hide the essential desire to associate with others.

What happens if we create a additional meaning – like an ideogram – for individual alphabet characters?
The Klangwolken ABC shows a new form of characters. All the characters created in the workshops are full of creativity and ideas – they represent a whole cosmos created by people. Each character mirrors their individual preferences, cultural backgrounds, construction techniques and ways of thinking.

Finally, the Klangwolke Font is going to be an open font and this new culture originating in the voestalpine Klangwolke 2012 will continue to convey the mood of the era, as a symbol for action in the real world. 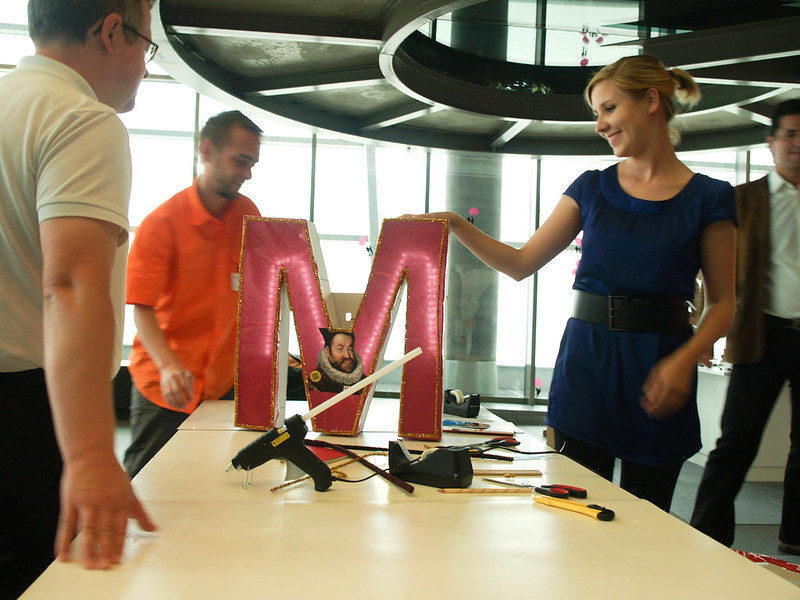