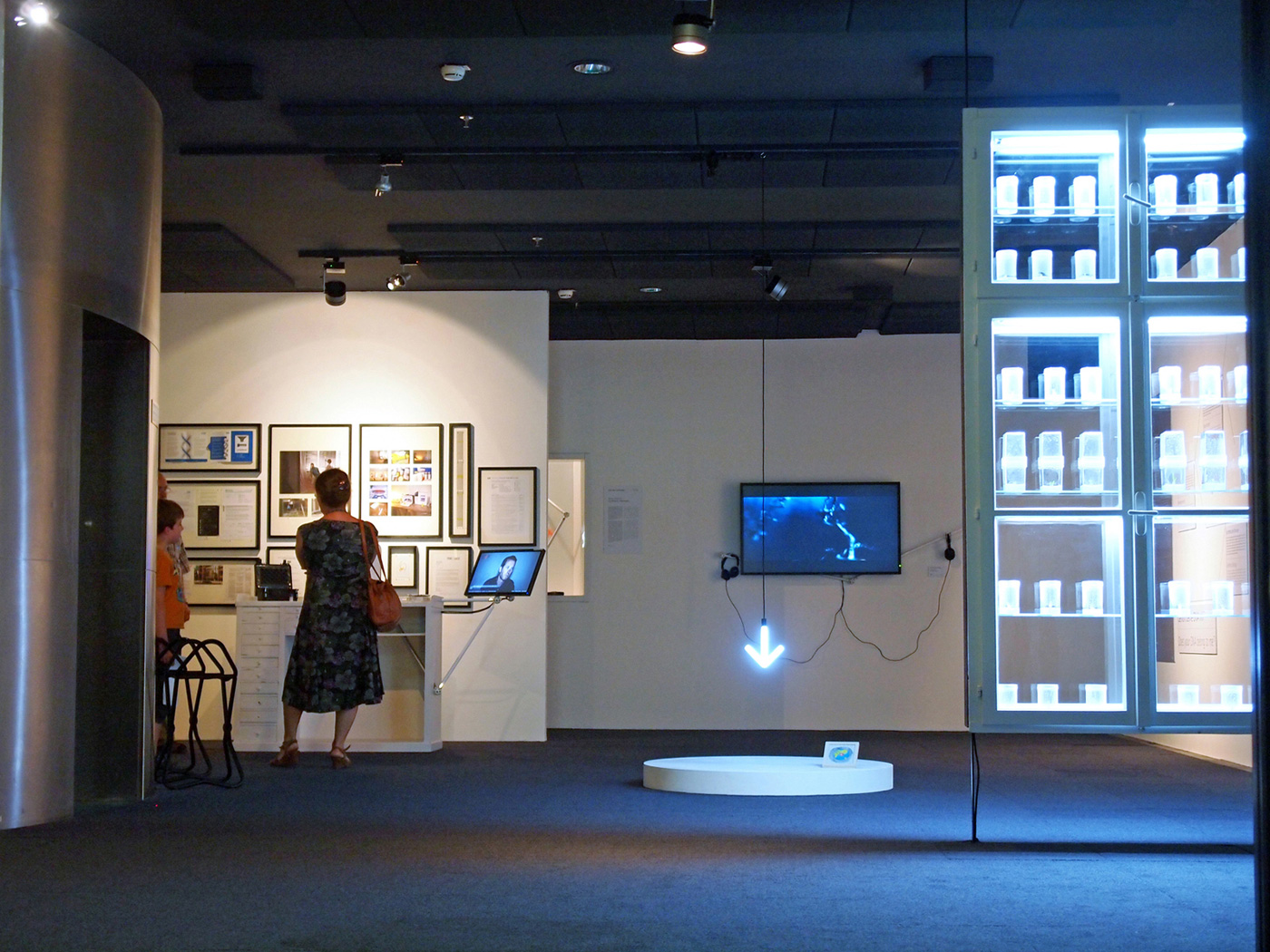 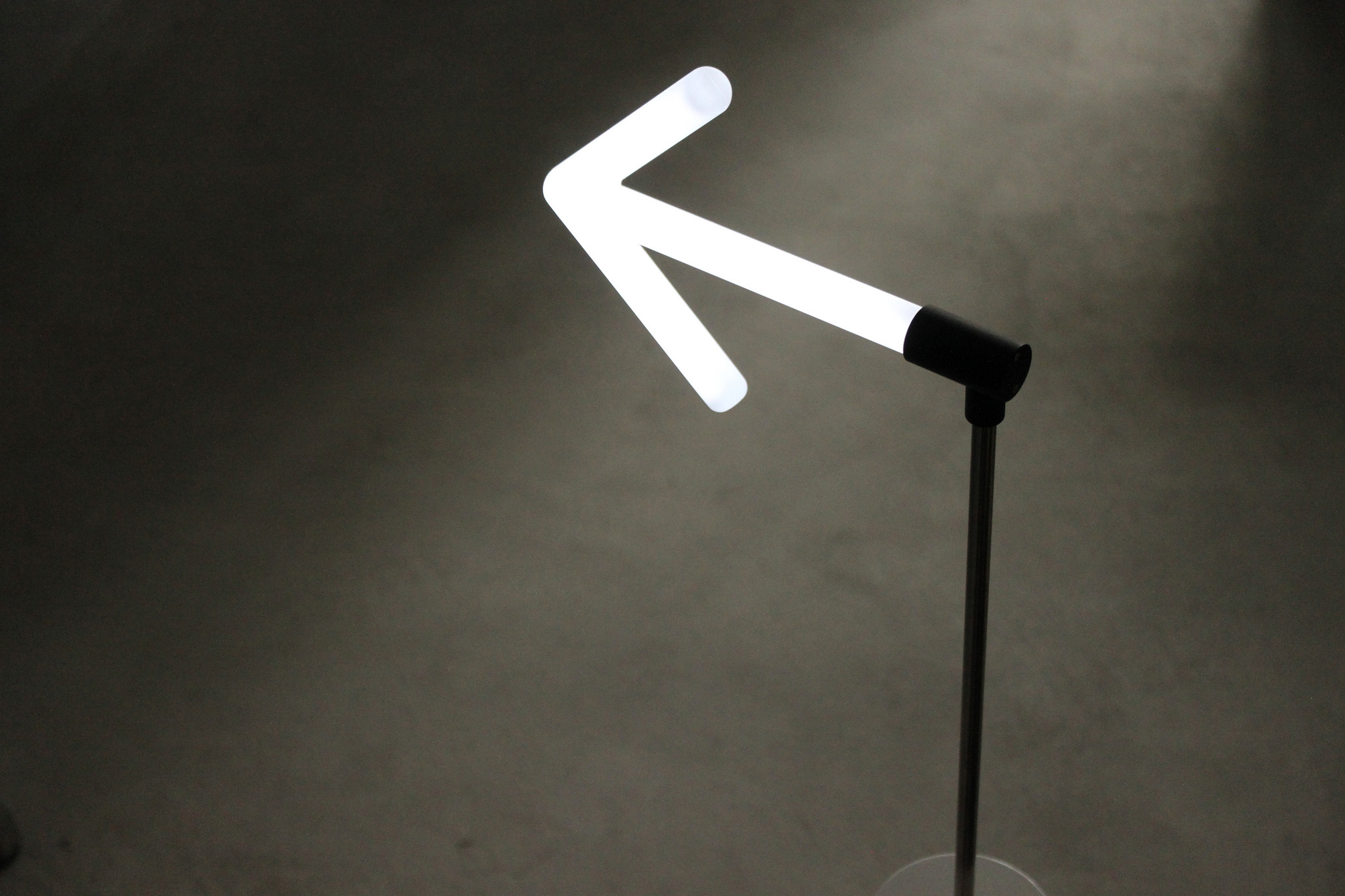 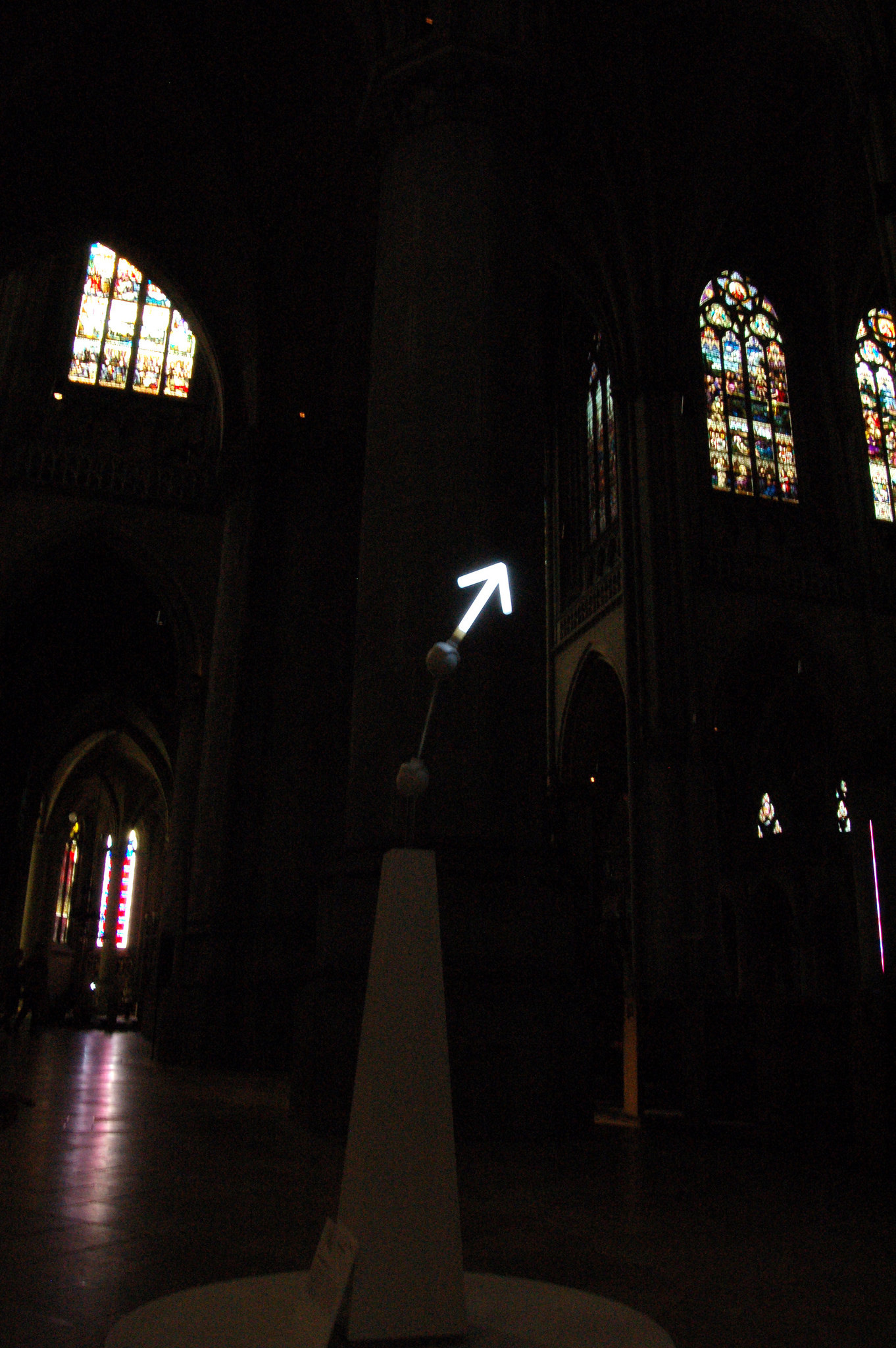 
Momentrium is a series collecting “moment” by arrow’s lights. This series represents not recorded past but now that is happening around the visitors by using the simple and universal sign, arrow. The Momentrium has criteria in the expression. It is that the arrow points to “invisible but being (believing) there at this moment”.

The project #1 Core points to the core of the earth where we live on. Due to the exploration by scientists, we know the fact that there is a core inside of the earth and we are standing on the sphere by gravity. However, who feels that it is real? The #1 Core points to right bellow with being hanged in midair and this phenomenon is same in all over the places wherever it is in Linz or in Tokyo or in the North Pole. To be exact, due to the centrifugal force caused by rotating of the earth and additional factors such as location and height, the direction to the core is slightly different depending on the place to hang but the #1 Core is always pointing there silently, and it works as a bridge between knowledge and reality.

The project #2 Future point to the future of a viewer. The object of the #2 Future is a mechanical device to detect the positions of people around it and to point to the opposite directions of the detected viewer. The direction pointed by the arrow is always changing depending on the environmental noises such as other viewers and speed of walking and it is not staying. When I go to the direction guided by the arrow and when I watch at the arrow, it already points to the other direction. Although we try to believe that the future is in a consistent direction, the fact is not always at the same direction. Knowing the future is possible only when we are stepping into the next from now.

This project #3 Mars expresses a real-time position of the Mars. A robotic arm of the object has an illuminated arrow and moves slowly, and the arrow points to the position of the Mars. Sometimes, the robot arm starts to play the record of the complicated movement of the Mars. The city of Linz is known for a city where Johannes Kepler, who found the laws of planetary motion, lived there in the early 17th century. Although the movement and order of the Mars have never changed in the context of the Earth and the universe, he provoked questions where we human beings were standing on. In a public place of the city of Linz, the illuminated arrow gently asks us a question for what we human beings are standing on the earth, in 21 century. Changing a doguma is not always easy. However, the changing position of the Mars pointed by the arrow reminds us curiosity for how the world is changing, as Kepler explored. 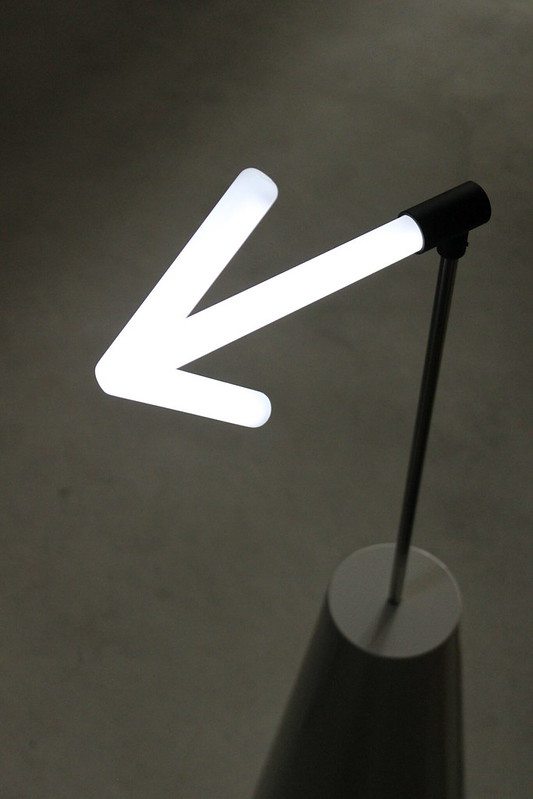