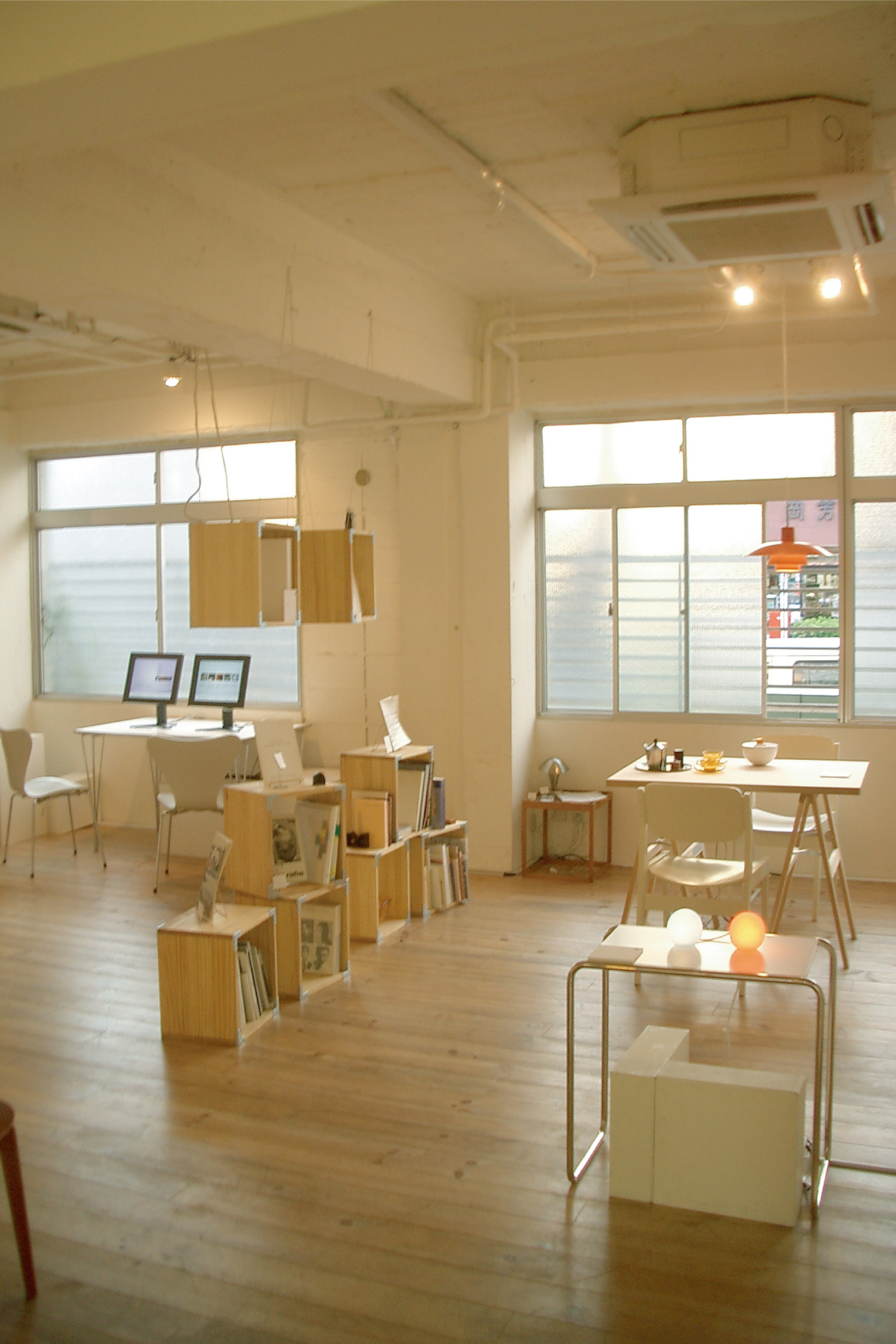 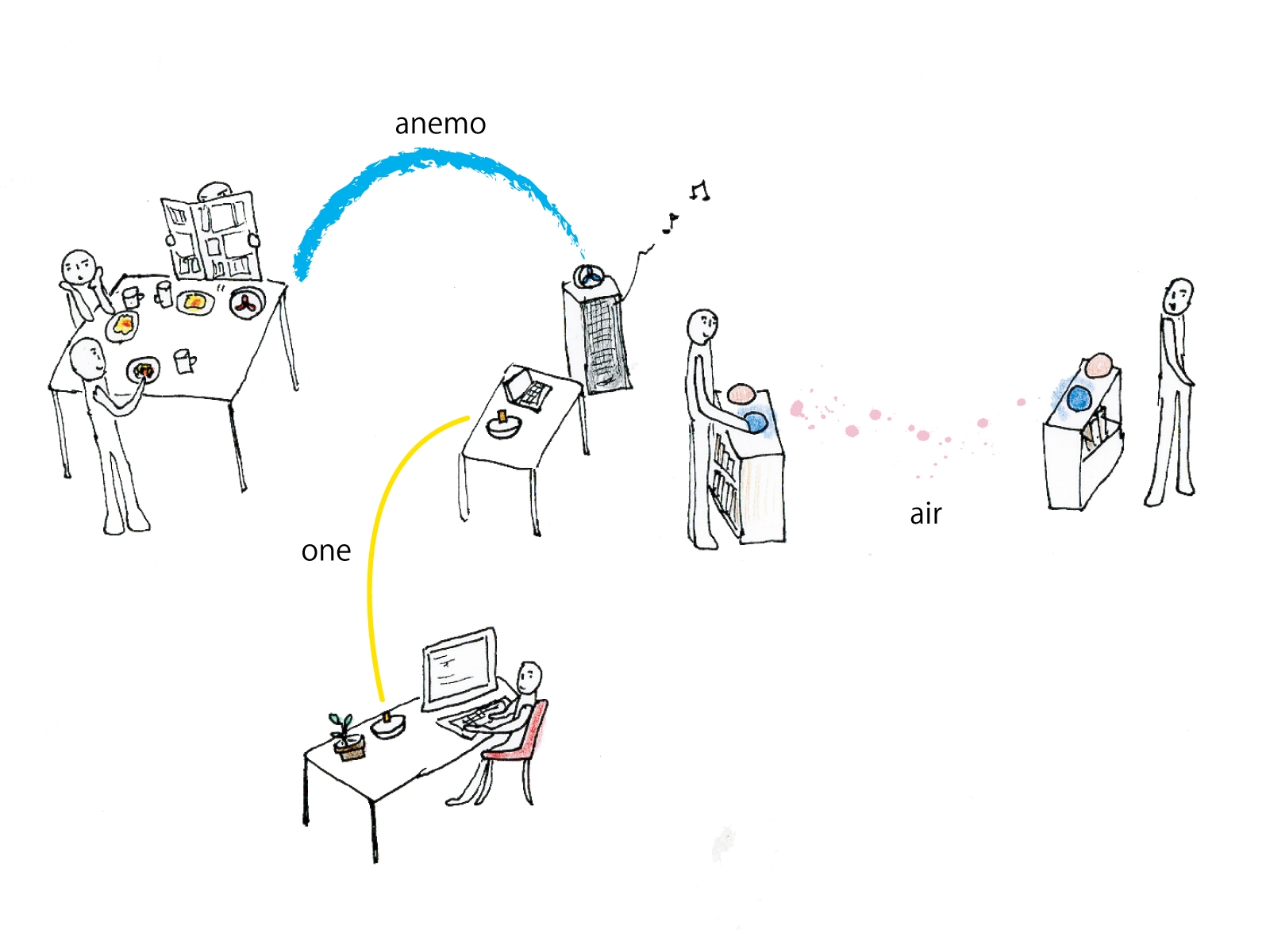 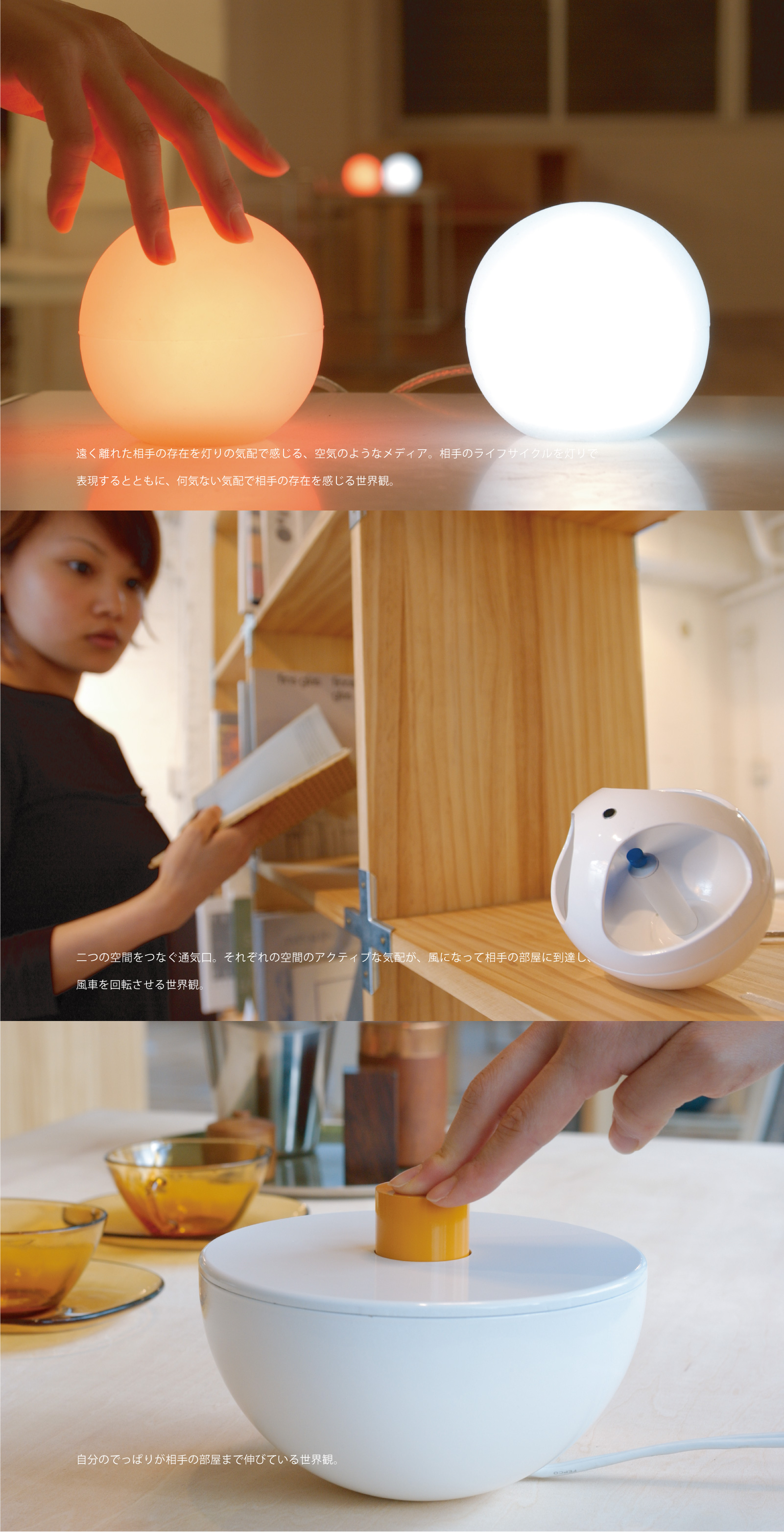 
The concept of “SmallConnection” is creating easy to operate tangible media for communication over networks. Focusing on the scenario where two intimate people live in distant places, we developed communication media that can be handled like tools, and can convey faint information such as mood, presence and atmosphere through the use of RT(Robot Technology) technology.
The goal of this project is to propose and prototype new media design for communication between two people. Through working products derived from SC, we hope to widely propose a new direction in future communication design.

“air”
“air” is a medium as discrete as the air around us, and communicates a feeling of presence to a distant partner through light. The light expresses a partner’s life cycle, also communicating presence as atmosphere Two distant people each have an “air”. “air” consists of two pairs of blue and red lamps connected over a network. One person controls the blue lamp and the other, the red lamp. The light is turned on by gently touching the colored lamp you control. When a colored lamp is turned on at one end, the same color lamp on the other end is also turned on. In the same way, the lamp can be turned off.

“anemo”
“anemo” is a wind tunnel connecting to spaces. The activity in each space changes in to wind and blows into the other room, turning a propeller. In an “anemo” is placed in two distant locations. “anemo”detects sounds within a room and triggers its counterpart’s propeller to spin. “anemo” spins in sync with conversation or music in the other room. As the sounds grow louder, “anemo” spins faster.

“one”
“one” is a sphere split in half. Two rods stick out from the center of “one”, which can be pushed in and out to communicate a sense of touch. Two distant people each have a “one”. When the center rod is pushed in at one end, the rod on the other end moves up. If the rod is pulled out, the other moves down.

“comado”
“comado” is a communication medium that you can communicate only when both users open the door. If both open each door, you can share the wall as if you live in next room. 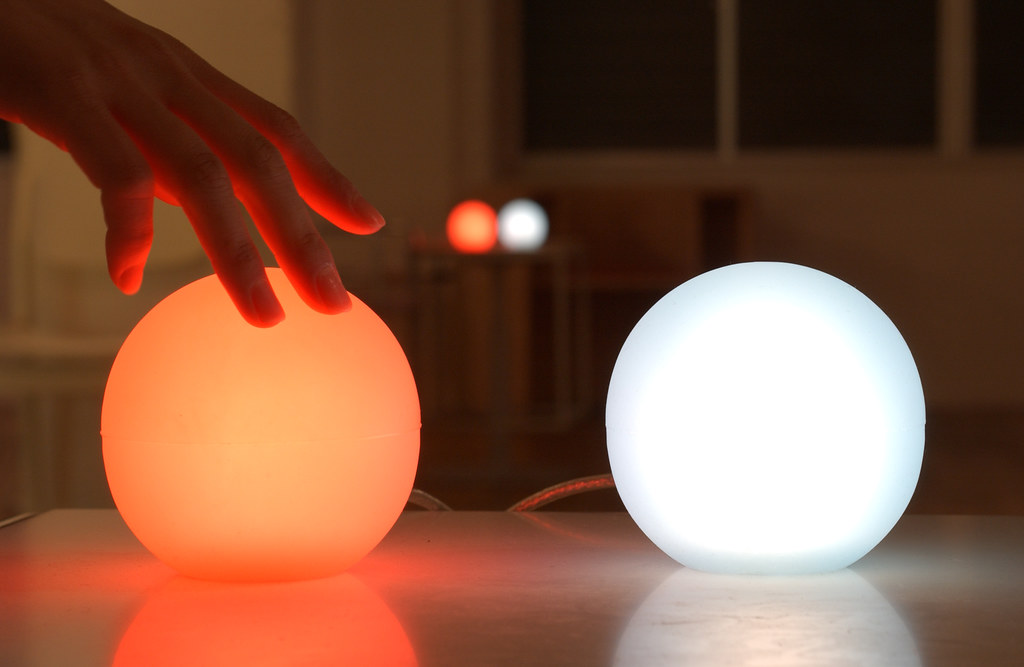