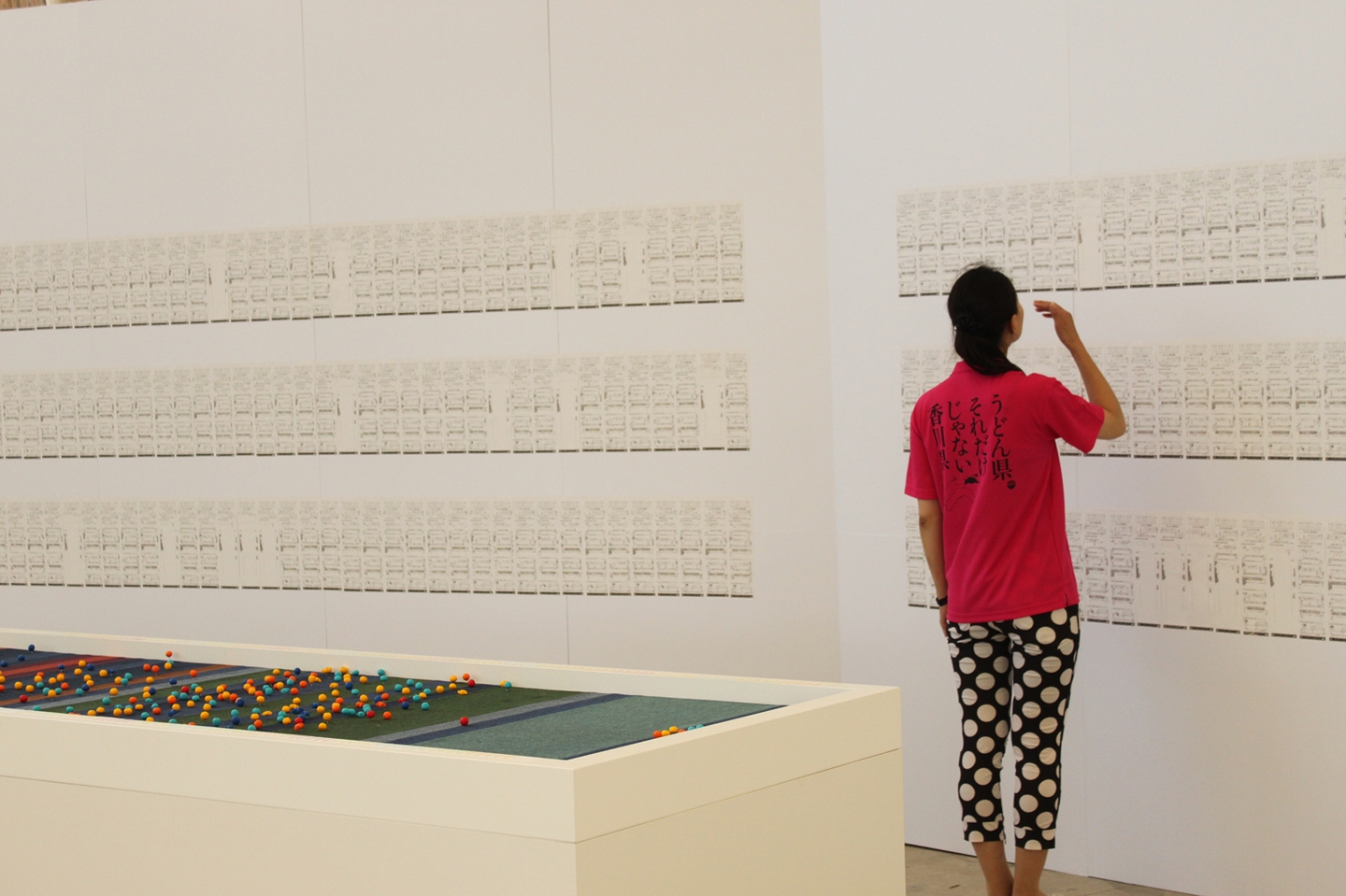 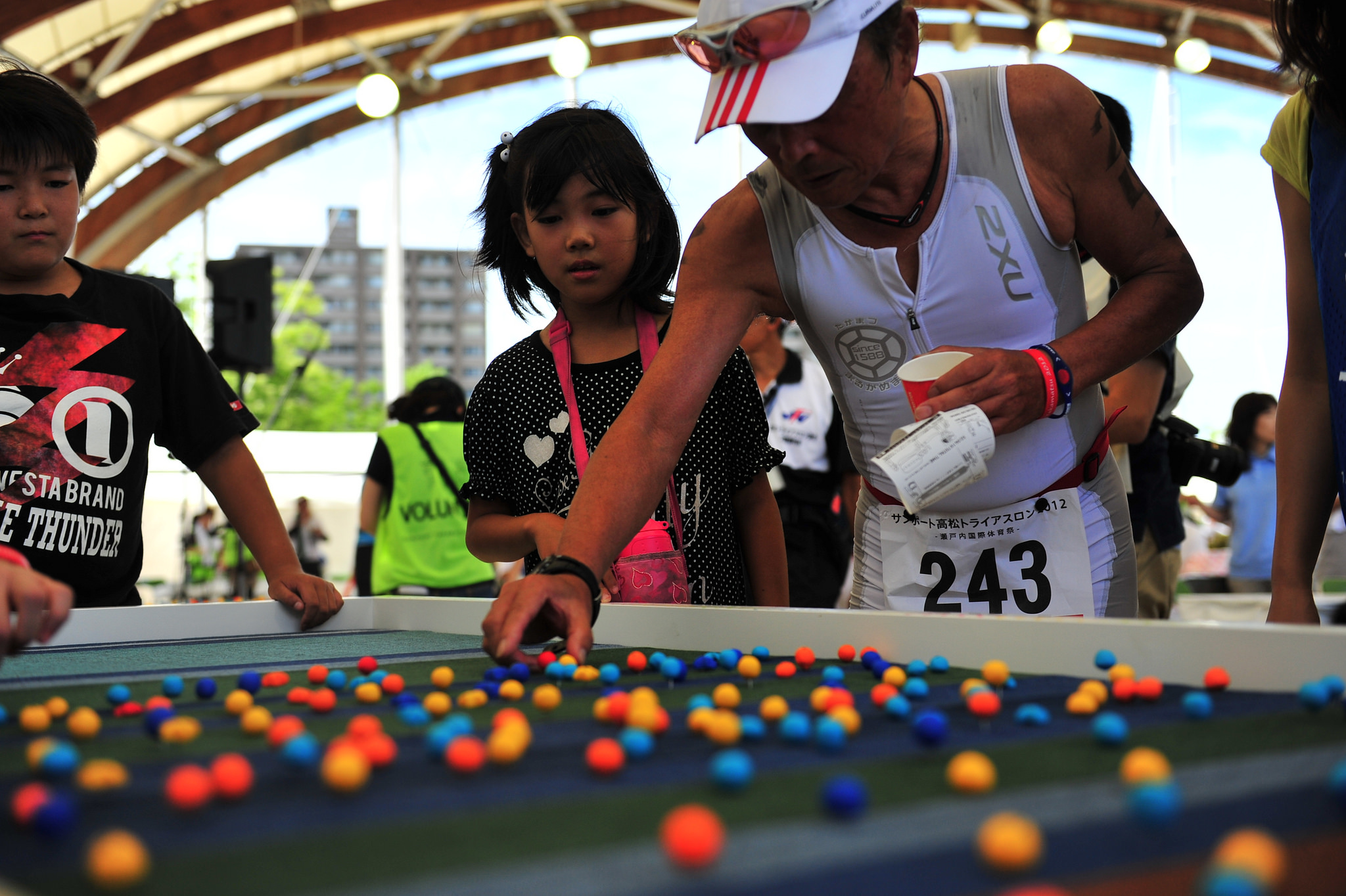 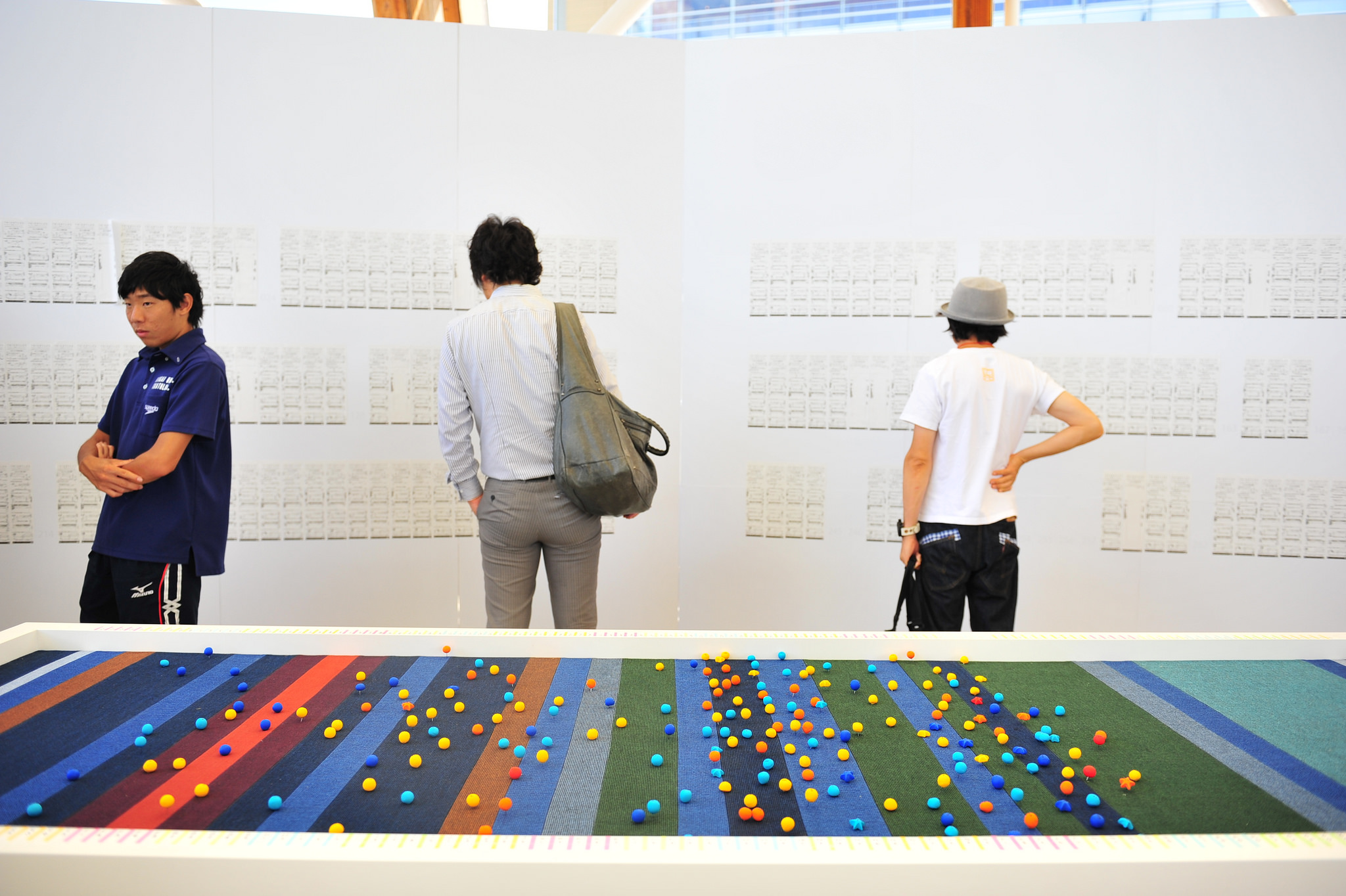 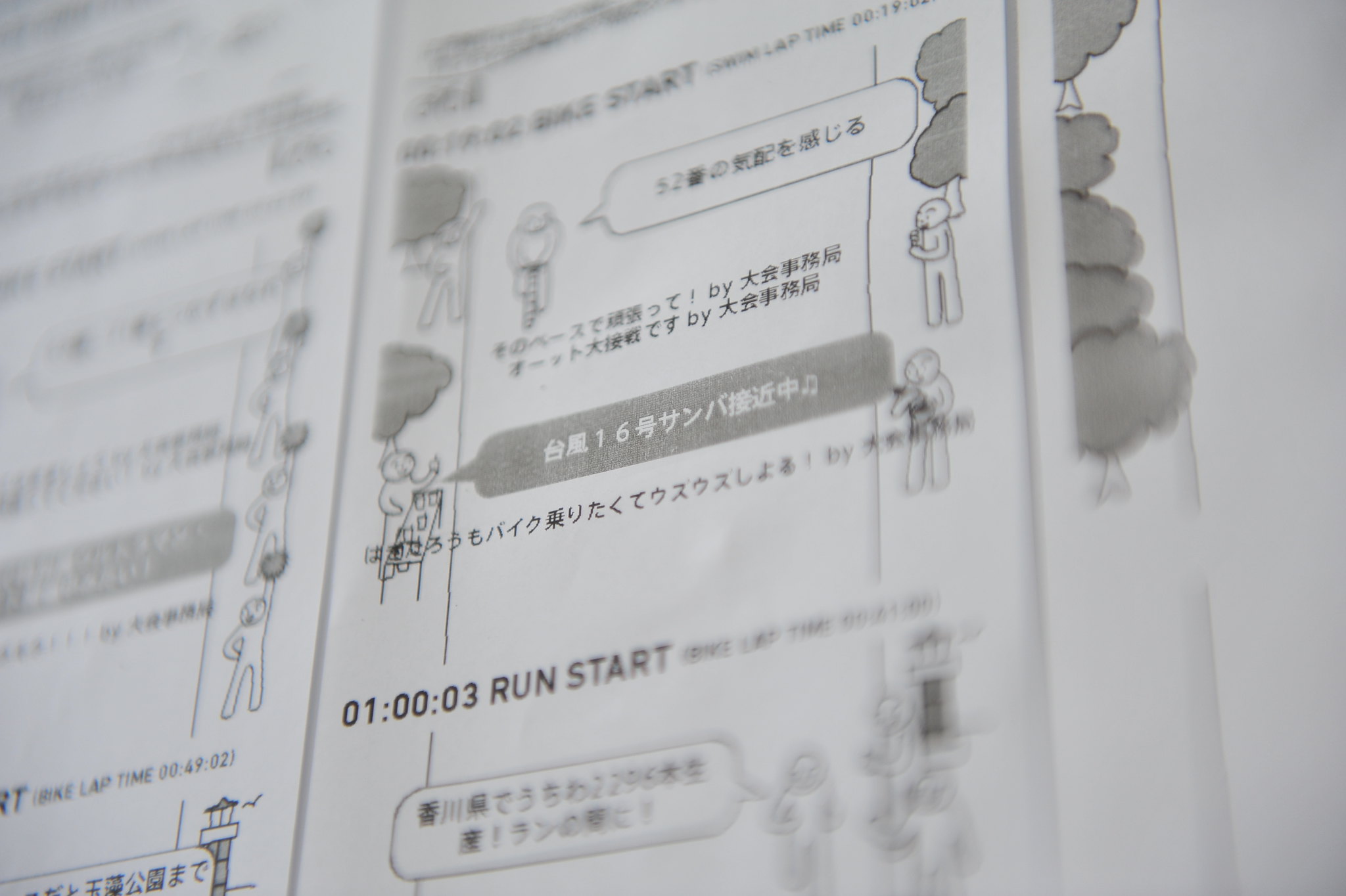 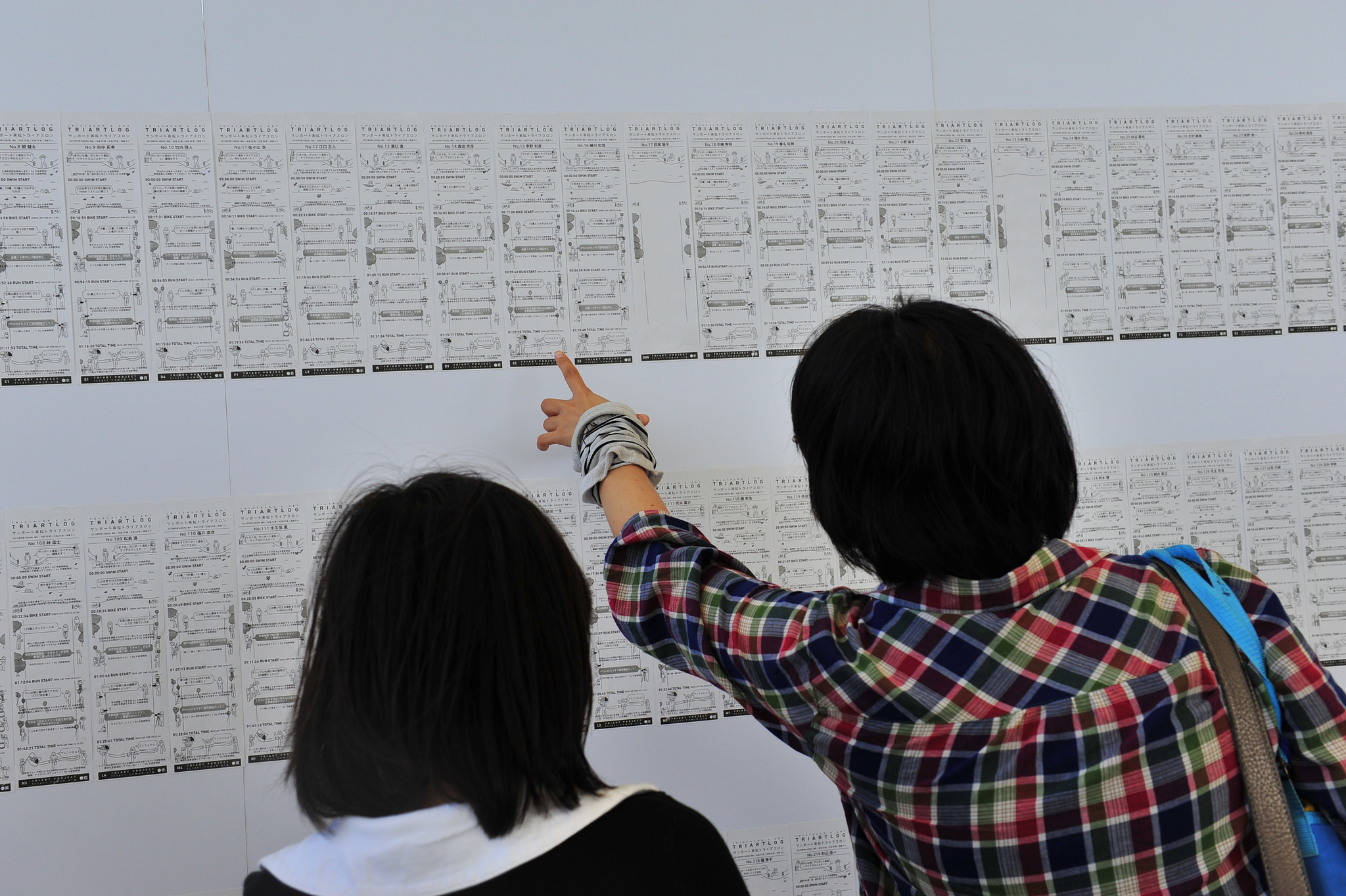 TRIART (Triathlon x Art) is an art project to generate stories of the participants, while they are doing, for triathlon.

The individual sports like triathlon and marathon have been broadcast-ed and edited as one story that features some potent athletes. Now, this kind of sport is becoming more popular for citizens in general. How can we record and express the individual stories of the participants? The TRIART LOG is a system to print a picture scroll created from the information while they do the sport such as:

In addition, the printed scroll will be a part of a big scroll that expresses the event as collectives. This means the individual stories let us imagine a group photograph.
The participants gathers for this event, shares the time and diverges in individual daily lives. The TRIART expresses the dynamic flow of time that is recorded by the participants, from unique angles. 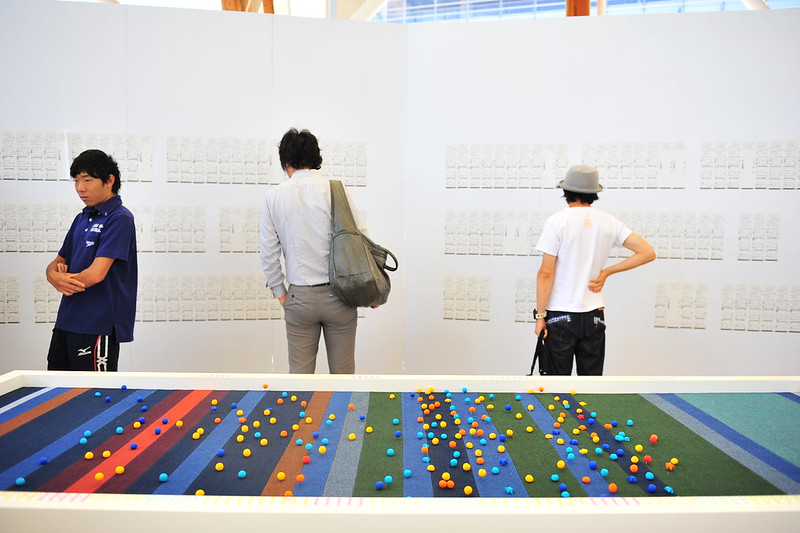