WHAT A GHOST DREAMS OF


What is a “ghost”? Historically, people have beheld, awestruck and frightened, external “apparitions,” while simultaneously meditating on the internal “soul” of the individual.

A New “ghost” in our society of digital surveillance lurks in the Ars Electronica Center.
The dream of the “ghost” is to have a unique face of its own.

A big eye gazes at visitors as they enter the main gallery. Each visitor is fed directly into a “ghost” using computer vision. Many faces based on recent visitors, faces of people who do not exist in this world, are generated by the “ghost”. Finally, a black and white self-portrait represents the ultimate identity of the AI ghost, which is based on the most unique of all previously generated faces.

This project utilizes an AI algorithm called a Generative Adversarial Network（GAN), which is trained by letting two neural networks, a generator and discriminator, compete with each other. The reference model is an open source initiative launched by Philip Wang called thispersondoesnotexist.com, which is a service to generate faces that never existed in the world.

With the development of AI technologies, what do we as humans project to our AI counterparts and how do we coexist with them? AI is learning about our world without any prior knowledge and generating data which never existed. If Man Ray used the technology of photography to develop new artistic techniques, then what are the repercussions of using AI in the creation of artwork? Who owns the copyright of the creation? And of what does the “ghost” dream?

The installation “What a Ghost Dreams Of” creates questions about meaning for us as humans through observing the dreams of AI. In such a duality in the 21st century, what do we humans dream of? 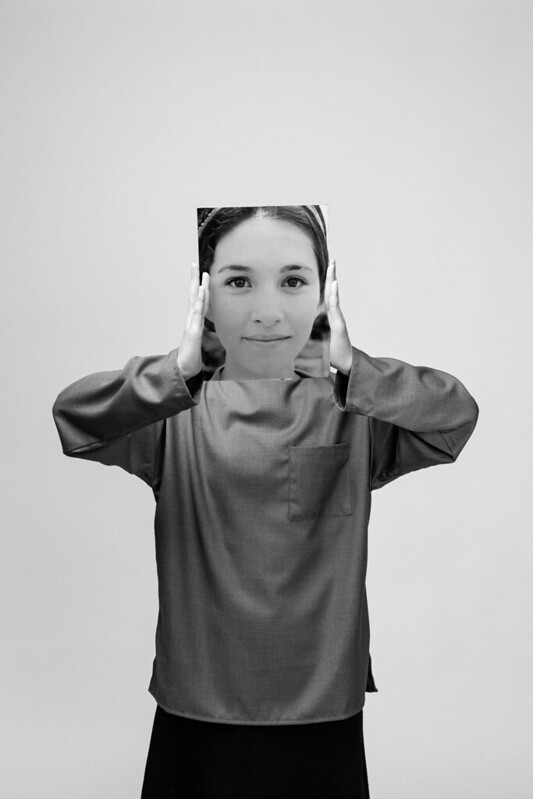