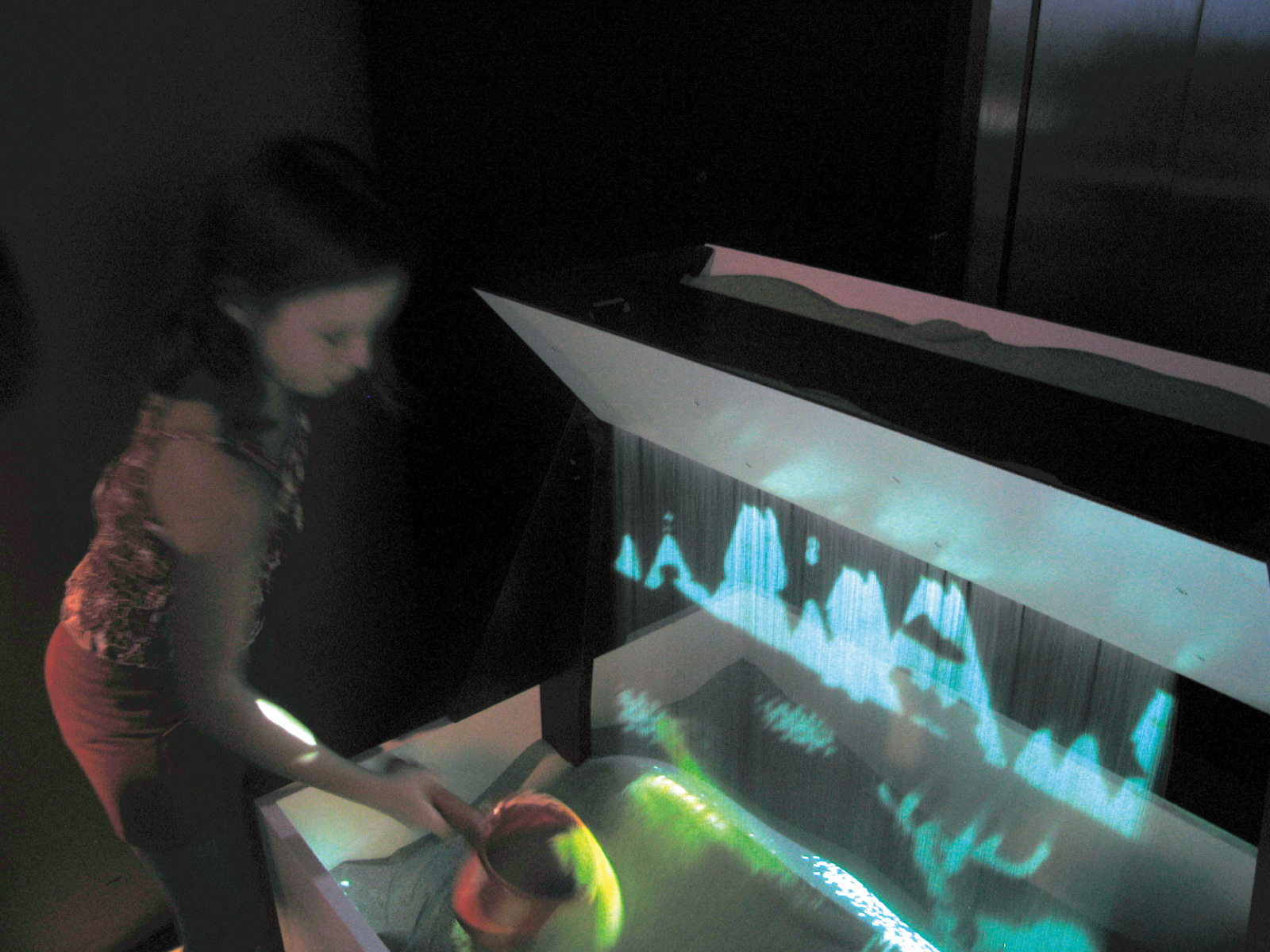 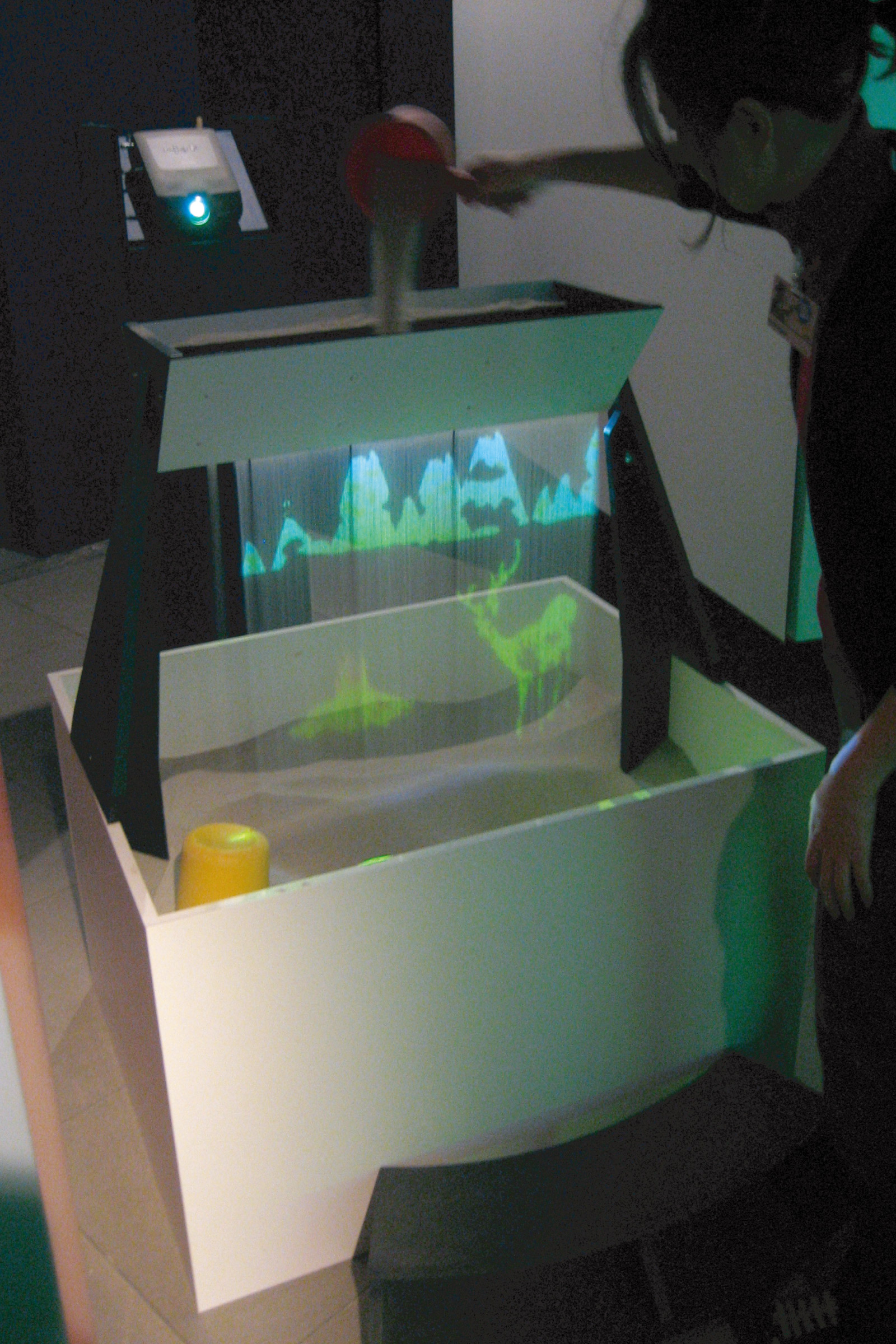 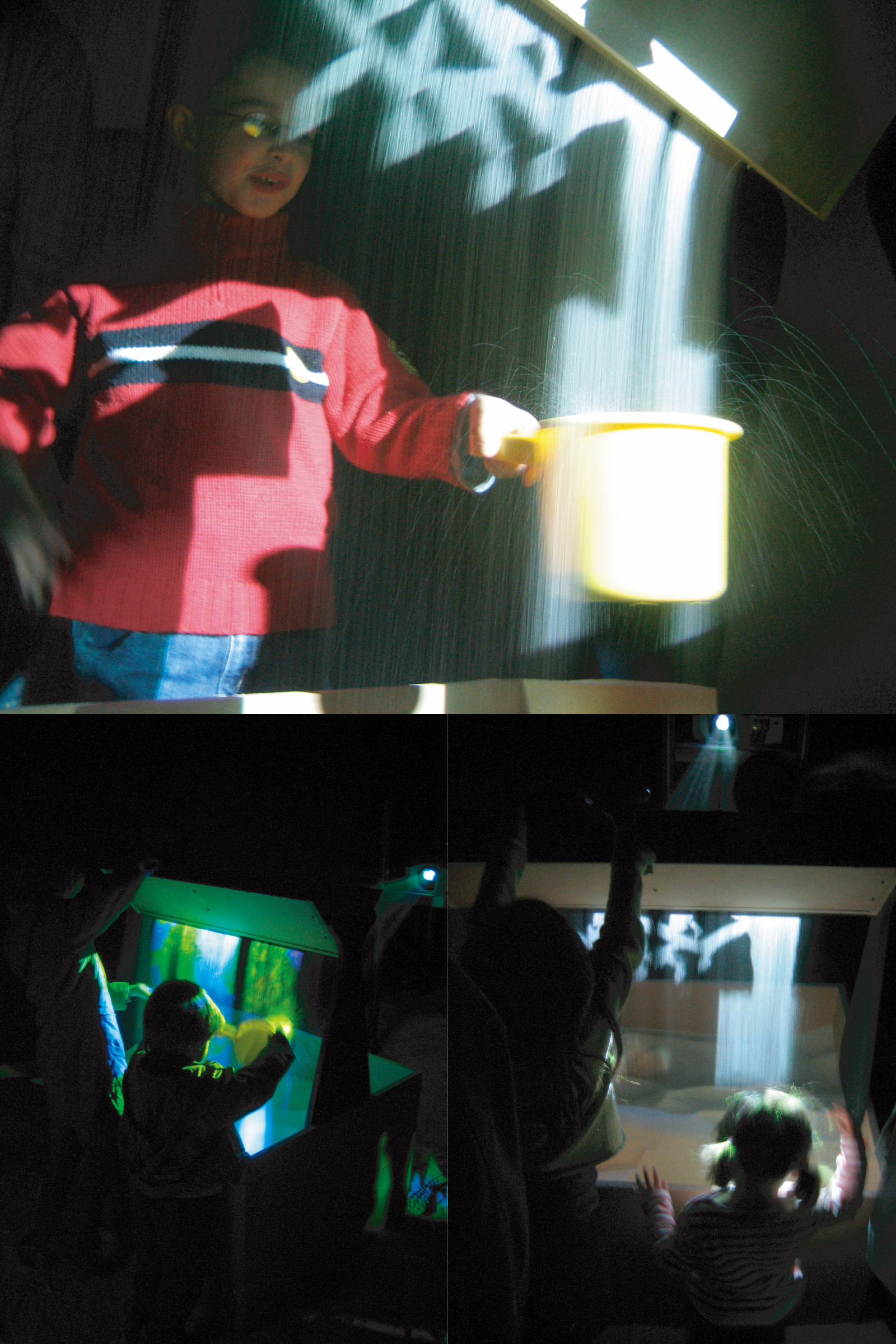 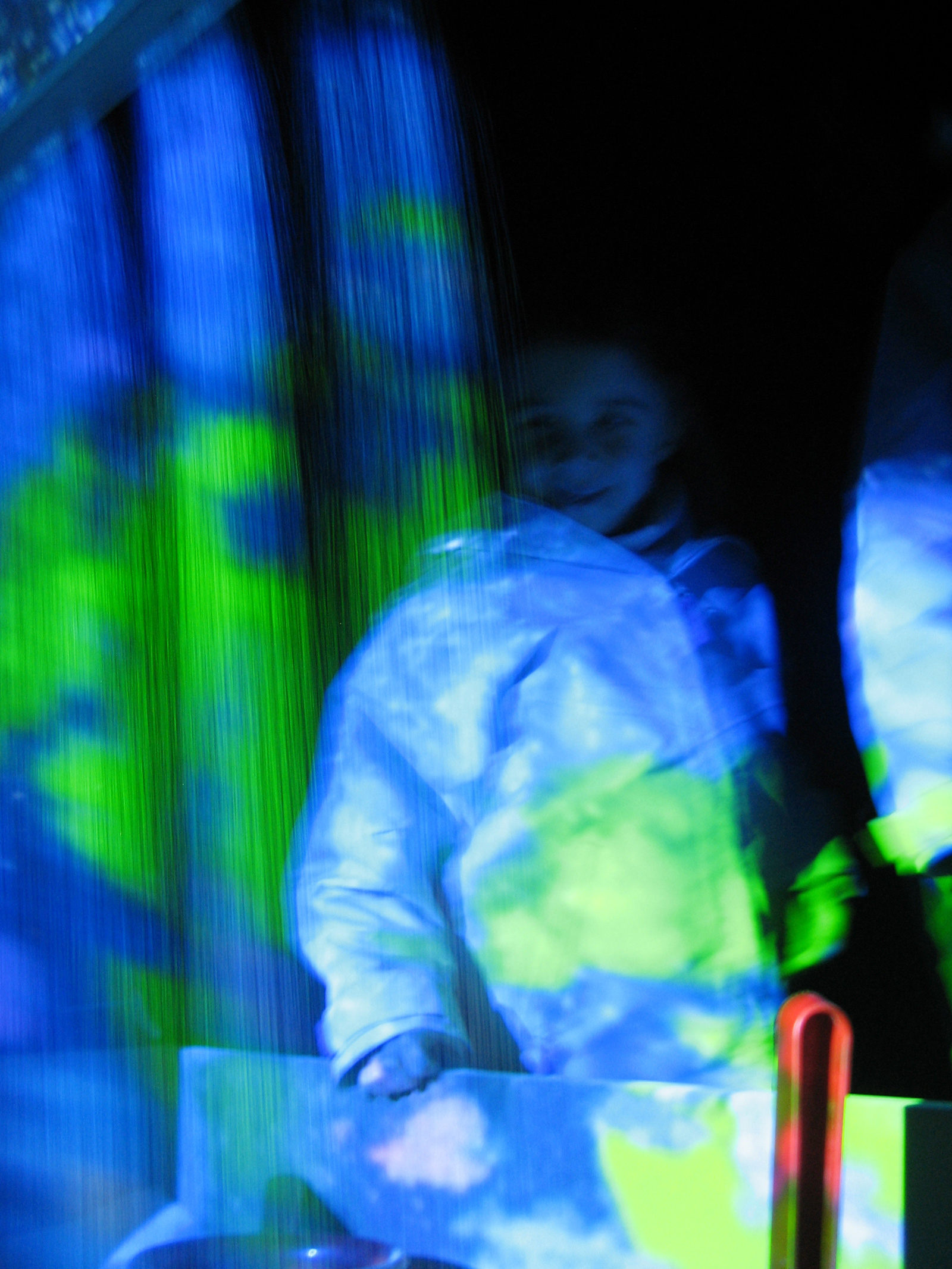 
“Perfect Time” calls for active involvement on the part of the installation visitor, without whom the interface between virtuality and reality fails to take shape and the virtual world remains inaccessible.
The result of the visitor filling the installation with quartz sand is a fine wall of tiny trickling particles upon which the projected images appear. But as soon as someone touches this projection surface of trickling sand, the images disappear.
The central consideration of this installation is time. We exist amidst the constant passage of time but we are unable to make this tangibly comprehensible. In “Perfect Time,” time is depicted as images of illusion on trickling sand. What is imparted thereby is the impression that one might be able to physically touch them. But if one does so, all that remains is the sand.
flickr 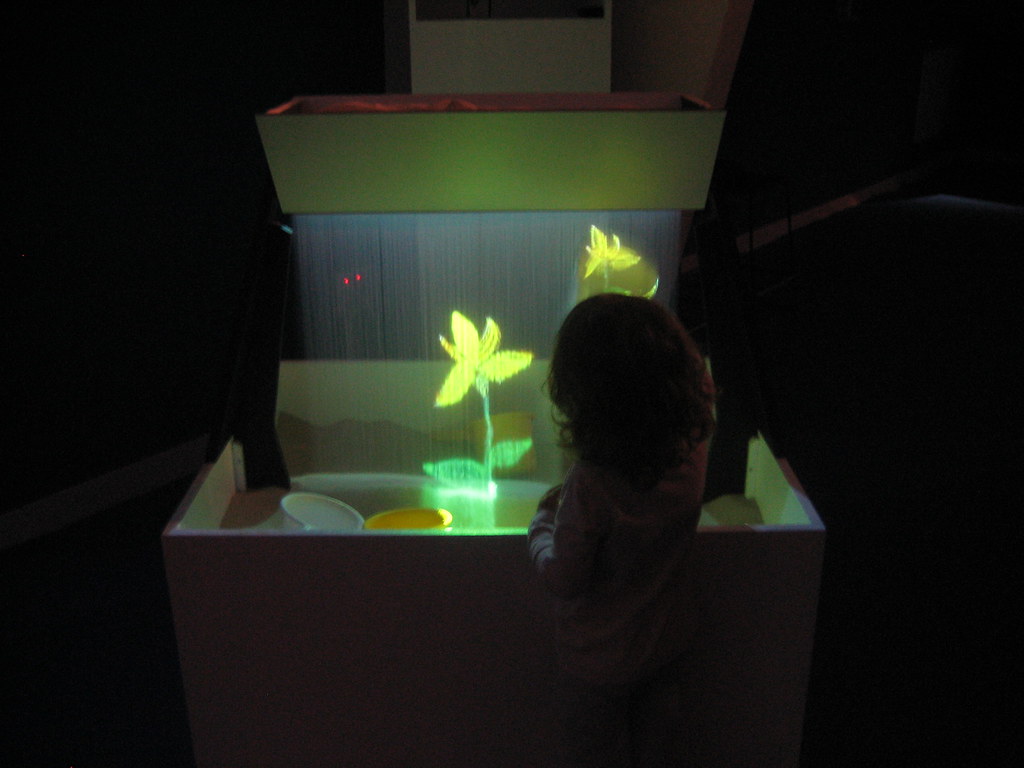